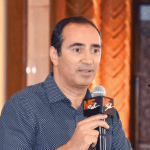 Is Morality Relative or Absolute?

“Morality Statement: No one has the right to tell me what is right and what is wrong“

“No one has the right to tell me what is right and what is wrong”, “I have the right to do whatever I want as long as I am not hurting anyone”, “This may be true for you but not for me”. These statements, underlying our culture’s mindset, have become the backbone of our moral system. This worldview, Moral Relativism, has become the default way of thinking today. It is the unofficial creed of our culture in America. But what is Moral Relativism? Are there any Moral Absolutes? Is morality defined by our culture? Is Moral Relativism logically sustainable? What about the dominating virtue of tolerance? Let us discuss.

Moral Relativism begins with the presumption that there is no God, no transcendent agent imposing upon us a standard of right and wrong. As a result, there is no objective right and wrong. Morality and truth depend upon the person and the circumstances. To say that you think something is right or wrong does not say anything about the essential action, only your feelings about that action.

Measurement is impossible without absolutes. Even moral relativists make such statements as, “The world is getting better (or worse).” But it is not possible to know it is getting “better” unless we know what is “Best.” Less than perfect is only measurable against a Perfect. Hence, all objective moral judgments imply an absolute moral standard by which they can be measured.

“Morality is an obligation, for which a person is accountable.”

George Bassilios is a professor of apologetics (defending the Christian faith) at St. Athanasius Boarding Seminary in Texas, St. Paul Theological Seminary in Mississauga, Canada, and St. Athanasius Theological Seminary in Nashville, Tennessee. He has been in this ministry for over 15 years. He is a prominent speaker and lecturer in theology and apologetics. He appears on various Christian television programs discussing the truthfulness and relevance of Christianity.

George has dual degrees in Psychology and Philosophy from California State University, Hayward. He is a deacon and youth servant at St. Antonius Coptic Orthodox Church in Hayward, California. He lives with his lovely wife, Miranda, and his two boys, Daniel and Jonathan.

George is the son of the late Father Bassilios Bassilios, priest of El Botrosiya Church in Cairo. He immigrated from Egypt with his family in 1985 and has been living in the San Francisco Bay Area since.