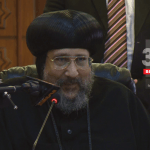 6G | In the previous article we talked about the high techniques in communications since the invention of the Mobile radio telephone, which was considered a generation that preceded the first generation; until NTT DoCoMo, the Japanese Co., declared its statement of continuing promoting the capabilities of communication with the 5G technique, and continuation of its researches and developing the 5G networks as well as presenting the 6G techniques, which will witness the usage of satellites in the wireless communications field.

The development of the 6G aims to achieve a new technique in the communications field: by accelerating the spectrums of the new frequencies to jump from the Gigahertz to the Terahertz, with expansion of the communications fields throughout the sky, the sea, and the space; which will give the ability to anyone to surf the internet throughout the earth and space. Moreover, the 6G will provide low power communications and cost as well, which is exactly what the applications, network engineering and computers are trying to achieve, with a high speed in transferring the data which will be a hundred times faster than the speed used in the 5G networks. Also the 6G aims to achieve the promises that the 5G networks promised but failed to fulfill. The new technique will be characterized by depending on the millimeter waves.

The company presented a vision to what the 6G shall achieve: with more development in the techniques of the wireless transmission and a broad integration to the variable wireless techniques. It mentioned in its report that with the spreading of the 6G networks, it is expected that the whole world will be an accessible place; all people, information and commodity can be accessed at any spot easily. It shall also terminate the restrictions of the work place and its time, besides terminating the social and cultural disparities between the rural and urban areas with promoting the local development, which can make the life of humans free of stress.

As for the internet of things (IOT) that started with the 5G networks; it shall witness along with its presented services a huge and fast generalization with the 6G networks, that will lead to the increase of the communications between man and things; which is recognized as an attempt to the “Objectification of man”: that means turning him to an object! Also the 6G networks seek to develop the machines, self-driving vehicles, unmanned aerial vehicles as well as the characteristics of remote controlling, and the artificial intelligence that performs an important role with the 6G networks; specifying how the communications networks shall be in the future.

It was mentioned that the development of the 6G networks shall put an end to the smart phones, replacing them with other technologies embedded in other things such as glasses and helmets through which you can connect to your home or work through artificial intelligence. That means humans will no longer need smart phones but other kinds of technologies which have screens and high developed programs.

Though the 6G networks provided man with both high speed and high levels of efficiency but it bears a huge danger within, through circulating the transferred data and man’s loss to his privacy, in addition to shortage of the ability to control the data, that can be taken by people who have the ability to threaten the safety and peace of others.

After we gave a quick idea to the development of the communications networks, we can’t neglect a lot of questions about the effect of the 5G networks, that the world is about to start using in humans’ lives …