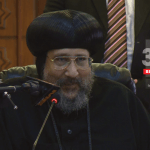 Smallpox (Variola) Disease | We tackled before the “Black Death” or the “Bubonic Plague” that spread in the world, killing millions of people throughout the ages, in a quick glimpse of what was mentioned by writers and historians in different ages and countries affected by the outbreak of that pandemic.

The world also witnessed another pandemic which is one of the most severe infectious viral diseases that caused the death of millions of people: it is the Smallpox (Variola) disease.

The origin of the Smallpox is unknown, but studying of the ancient Egyptian mummies proved that its spread in Egypt dated back to the 3rd century AD. In addition, the Roman Empire knew the same disease under the name of the “Antonine Plague” in the years (165-180 AD), as it spread through its returning soldiers from the campaigns of the Near East.

That disease caused the death of: Emperor Lucius Verus, and Emperor Marcus Aurelius Antoninus. Historians of that period mentioned that the disease used to kill two thousand people daily, while the total number of the deaths was estimated by five million people!!

The disease spread once again in the 18th century in Europe, killed approximately 400,000 people per year, and nearly one-third of the infected cases lost their sight.

The Smallpox is divided into two kinds: the Minor Smallpox and the Major Smallpox, which is the most severe and common. The infected person passes through a number of phases that accompany the development of that disease. Its initial symptoms start with high fever accompanied with vomiting, sores around the mouth, extensive rash which leads to blisters filled with liquids. Those blisters then spread in the body of the infected person forming crusts which falls leaving scars.

The infection of the Smallpox virus transmits from one person to another by long direct contact with the patient, besides using his tools; like his bed or clothes. The Smallpox is considered a deadly disease as the death occurs mostly in between the 10th to 16th day of the infection with no clear reason. The disease might result in blindness, as what happened with the poet “Abu al-’Ala’ al-Ma’arri” in (449 AH/ 1058 AD) who became blind in a very young age due to his infection with that disease.

In the last decade of the 18th century, Edward Jenner, an English doctor, based on his observation and study, noticed that getting infected with another virus that infects cows, known as the “Cowpox”, can actually protects man from the Smallpox Pandemic!!

He was able to make a vaccine against the Smallpox from the Cowpox. He then developed it to another vaccine followed by a huge vaccination campaign. Finally, the World Health Organization (WHO) declared the elimination of Smallpox from the world in the 80th of the late century…