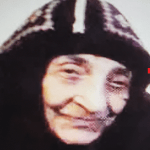 Chapter I :: The Virgin Mary And Fr. Girgis Nasrallah | The Nun Mariam ~ Offering And Praise Book

The Virgin Mary And Fr. Girgis Nasrallah | Chapter 1: The Life of Mother Mariam Before Monasticism

The Convent of St. George in Old Cairo: The Nun Mariam – Offering and Praise “Even so, every good tree bears good fruit… therefore by their fruits you will know them.” (Matthew 7:17-20). | Translation by Michael Daoud

Before we begin to give an account of the fragrant life of the subject of this biography [Mother Mariam], we are to return to the roots of that tree which out of it sprouted this beautiful branch. That is the righteous and blessed one, the saint Hegumen Girgis Nasrallah; angel and priest of the Church of St. Mary in Shentena El-Hagar and grandfather of Mother Mariam on the paternal side.

The saint Hegumen Girgis Nasrallah was born of a wealthy and pious family, the only child of two parents who taught and raised him in the virtuous path from a young age. They also taught him love for the poor and an intense fondness for works of mercy. This saint grew up in the love of Christ our Master, to whom be glory, and had a special place in his heart for the Lady the Virgin to whom he was strongly attached and in constant conversation.

He was unceasing in his prayers and lived a life of rigorous asceticism and detachment despite his wealth. His large house was a house for the poor and the needy who stayed there permanently. He strengthened them, fed them and clothed them. He would also personally serve them, being vigilant as to their recovery while treating them as members of his own family.

Mr. Girgis [Fr. Hegumen Girgis] had a great desire for building a church under the name of the Mother of God the Virgin Saint Mary, because his great love for her. The Spirit of God directed him in the building of the church in his small town on part of his land and using his personal money. He was ordained priest and servant of the church by the Metropolitan of Monufia at that time. The Lady Virgin would also bless it herself through the holy apparitions of 1997 where multitudes of Christians from all over arrived to see the heavenly sights, enjoying the holy apparitions, and asking of the intercessions and aid of the Lady Virgin.

Moreover, the church would be blessed several times through the visits of H.H. Pope Kyrillos VI, with the church having a very special place in his heart. Also, out of this church came Mr. Soliman Rizk (H.G. Bishop Mina St. Mina, the departed), former bishop and abbot of the Monastery of St. Mina in Mariut, who grew up in the very arms of the Church.

God had allowed for Hegumen Girgis to taste of the sweetness of carrying the cross and in the partaking of various sufferings. For every child of his would die after the other, either after birth or after baptism and some before birth, numbering twenty children.

He was always repeating “let it be according to Your will, my God”, and “the Lord gave, and the Lord has taken away; blessed be the name of the Lord.” He did not despair one day, nor was he wavered, and instead would console his wife asking her to submit to the desire and will of God. Truly he carried his cross in joy and faithfulness. Finally, having waited patiently for a long period of time, God permitted to give him his only blessed son, the virtuous Archdeacon Mr. Adeeb; father of our saint Mother Mariam.

For a long time, Fr. Girgis continued in serving and caring for the church without pay. He would strengthen the poor and needy, looking after them both spiritually and financially. He would order for food to be prepared for the widows and orphans in their homes. Fr. Girgis Nasrallah would also go to feed them himself, for surely, he was a father to them. He gave his own food to them saying, ‘This is true mercy’.

He distributed all his clothes in secret and one day when his wife could not find a single robe for him to wear, she asked him astonishingly about their whereabouts to which he reassuringly answered her that he spent everything to find Heaven and that he should be giving from his necessities to receive the blessings of giving to those in destitute, for God our Master Christ, glory be to Him, praised the widow because she gave out of her poverty.

“He who overcomes shall be clothed in white garments, and I will not blot out his name from the Book of Life; but I will confess his name before My Father and before His angels.” (Revelation 3:5)

Our holy Father was made worthy to see our Lord Christ who made known to him of the day and hour of his departure. He showed him the glory of Heaven and the place prepared for him to go to after his departure. He then blessed him, processed him among the twenty-four elders, then gave him His peace, greeted him and blessed him. He would also enjoy numerous visions from the Virgin Mary whom he sought for advice regarding every situation in his life. He continued in prayers of thanksgiving and praises that entire night as it was also his habit.

The following morning, in great joy for his nearing meeting with his Redeemer and Saviour, he told his wife and son Adeeb of the date of his departure. He would not allow any member of his family grief nor weep for him and instead consoled them by reciting, “…having a desire to depart and be with Christ, which is far better ” and “well done, good and faithful servant; you were faithful over a few things, I will make you ruler over many things. Enter into the joy of your lord.”

In the year 1932, Fr. Girgis Nasrallah departed on the date the Lord proclaimed to him after instilling in his small and blessed family, which was a microcosm of his children and the congregation of his church, his larger family; the meaning of practical love, humility, mercy and the imitation of Christ our Master, to whom be glory in all things. In summary, his life was a wonderful sermon, for he was a great role model and a good example to all those carrying the Name of Christ our Master.

Providence wanted to proclaim the righteousness and holiness of this merciful father, for after his departure his burial place remained radiant with a heavenly bright light with the scent of “Henout ” originating from it. All those who passed by smelled the scent and many would plead for his intercessions. Furthermore, God would perform many miracles under his hands and beyond his departure. Fr. Girgis Nasrallah was a source of blessing to many of his villagers who took him as their intercessor since his departure.

A few years after the departure of Hegumen Girgis, he appeared to his only son Mr. Adeeb in a vision and proclaimed to him that God had willed for his body to remain incorruptible in the same manner as it was on the day of his death, and that no change would occur to the body. He asked him to change the casket which held his body because it had withered, decomposed and rotted. Indeed, Mr. Adeeb went and told Hegumen Yohanna, priest of the Church of the Virgin Mary in Shintina El-Hagar, the church Hegumen Girgis built.

Fr. Andrawes, priest of the Church of the Angel [Archangel Michael] in Tukh Tanbisha would also accompany him [Fr. Yohanna] with a number of deacons, in great honour, to transfer the pure body and many witnessed its incorruptibility. There are no accounts written, however, these words were recorded to us in his voice.

Mr. Adeeb was married years before the departure of his father Hegumen Girgis to a virtuous woman named Matilda Habashy, a perfect and wise person. She was known for her holiness, the depth of her life with God and in her living communion with the Saints. Clothed with many virtues and particularly works of mercy, she was described as having vast wisdom and an enlightened discernment in relation to the upbringing of her children.  …to be continued

May the prayers of This holy fathers be with us, Amen.

Chapter I :: The Virgin Mary And Fr. Girgis Nasrallah | The Nun Mariam ~ Offering And Praise