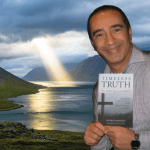 Some people think that because we live in a pluralistic society, we have to believe that all religions are equally true.

Relativism states that all truths are equal and that what is true for one person is not necessarily true for another. Thus relativists say people should not make exclusive claims to truth. People are not by nature relativists in their everyday beliefs and practices. It seems only when religion and morality are at issue that people invoke relativism. We don’t hear people claiming that mutually exclusive statements are true when it comes to the stock market.

When are Pluralism & Relativism appropriate?

But religious relativism is not only deceptive and intolerant, it is also incoherent, Consider this

Relativists claim that “all religious claims are relative” but that is a claim that is not relative. It fails its own test and is thus self-contradictory; and self-contradictory statements are false. The real question is: “Which exclusive claim is really true–Islam, Buddhism, Christianity, relativism, etc.?” And that can only be determined by an investigation into the evidence supporting the claims of each view.

Timeless Truth | The Exclusiveness of the Truth

Truth by its very nature is exclusive! By embracing one thing, it excludes everything else.

If Jesus Christ is the “only begotten Son” of God, then that honor cannot belong to anyone else. If the Truth acknowledges one being as supreme lord, then it will reject all other contenders for the throne. That is the nature of truth.

Christian teaching, by clinging to this idea of truth, becomes unacceptably exclusive in an inclusive world.

Our Christian view of truth as exclusive by its very nature is simply not acceptable to a world which prefers to invent its own comfortable truths. That is why you experience hostility to your Christianity, It’s threatening to the world around us.

To this point we have examined the short-comings of this notion of tolerance and the superiority of truth. But understanding the situation is only half the battle. As Christians, we are called to action.

So how do we reach a world that is choking on its own tolerance?

We must lovingly expose the logical weaknesses in the initially attractive notion of Tolerance and speak the truth (Eph 4:15).

We must remind ourselves of the existence, authority and power of God’s truth. We must “put on the full armor of God” as our defense against the enemy. First and foremost we are to “stand firm having girded our loins with truth.” (Eph 6:14)

We must realize that there is a time for both tolerance and intolerance. For example, Christ associated with the sick, the poor, and the rejected.

Our Lord always spoke with compassion. He respected the dignity of individuals who disagreed with Him; He respected their right to choose, even to choose death if they rejected life. He did not coerce them.

But He refused to compromise the Truth He was teaching

Christianity, therefore, to the extent that it respects the dignity of all persons, is the most tolerant (in the truest meaning of the word) of all religions.

Yet as accepting as Our Lord was, He was extremely rigid about the exclusiveness of His claims. Of all the choices in life, He tells us there is only one way, one truth, and one life–His.

But there’s one more strategy, perhaps the most important. We need to live the truth. We need to embody the truth of the our Lord and His message in our thoughts and behavior. We, as Christians, are people who “belong to the truth” (1 John 3:19). Our Father is the Truth (John 14:6) and our Mother is the pillar and ground of the truth. (1Tim 3:15).

The problem here is the fundamental attitude of the human race: that we want to make the rules; we want to create and design our own options; we want to dictate our own terms

We ask Our Heavenly Father to help us overcome this monstrous challenge that is rooting itself the fabric of our society. We ask Him to help us “buy the truth and do not sell it” (Pro 23:23) so that we can walk in the Truth (Ps 86:11, 3 John 1:4) as children of the Light to whom is glory forever and ever Amen.

Delivered to you by COPTICNN™ | Coptic News Network on 2020-08-24 from California, United States of America