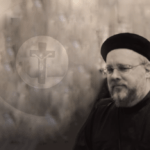 Scientific Evidence For The Value Of Prayer

Scientific evidence for the value of prayer | Orthodox Christians are convinced that prayer changes things. We pray because we believe that God hears our prayers and acts for our welfare and salvation. The Psalmist David often cries out to God saying, “Hear my prayer, O God; Give ear to the words of my mouth,” (Psalm 54:2). While the Apostle John says, “This is the confidence that we have in Him, that if we ask anything according to His will, He hears us,” (1 John 5:14). Yet prayer is so much more than asking God for things. It is the very means of communion with God, so that the great Fathers of the Church teach us to always pray from the heart.

“Praying the Jesus Prayer for 25 min may deeply reduce participants’ states of anxiety and fatigue.” Scientific evidence for the value of prayer | in 2017, by Dr. Marta Rubinart

St Theophan the Recluse, the great Russian spiritual writer, says, “The principal thing is to stand before God with the mind in the heart and to go on standing before him unceasingly day and night until the end of life.” Prayer is essentially to be present to God, and to learn how to be in his presence at every moment. The Orthodox spiritual tradition represents a variety of methods and opportunities for doing just this, whether in the services of the Church, the Praises, the Agpeya and also in the practice of the Jesus Prayer.

Scientific Evidence For The Value Of Prayer | The Form

What is the Jesus Prayer? It is a short prayer, usually in the form, Lord Jesus Christ, Son of God, have mercy on me. The form is not the essential point. We can pray have mercy on me a sinner, or simply, Lord Jesus Christ, have mercy. But to pray this prayer, to really pray it with warmth and attention so that it becomes habitual, has been found to be a useful, even a necessary means, of developing an unceasing experience of prayer as being in God’s presence.

We are not used to submitting any of our Orthodox spiritual practices to scientific investigation. It seems rather lacking in faith. There is the danger that what we believe to be true might be challenged, or its mystical and spiritual aspects denied. But we insist that prayer changes things, and that prayer makes a difference. Indeed, the writings of the great spiritual Fathers are filled with an insistence that prayer works, that learning to live our life in the presence of God through prayer, and especially the Jesus Prayer makes us better people, more balanced people, healthier people.

Scientific Evidence For The Value Of Prayer | The Studies

In fact, several studies have been made into the effects of the Jesus Prayer. Of course, these studies are not able to address or measure the spiritual effects, nor even really consider the implications of growing into an unbroken experience of union with God. But if we say that prayer works, and that it changes those who engage in prayer with commitment and effort, then it is reasonable that some of these effects can be recognised and even measured. This is not to undermine the practice of prayer but to encourage us to practice it better and more comprehensively.

In 2004 a study was published by Dr. George Stavros, an Orthodox psychologist, into the effects of the Jesus Prayer on Psychological, Relational, and Spiritual Well-Being. He based his research on 88 parishioners in Greek Orthodox congregations across the United States of America. One group committed to praying the Jesus Prayer carefully and in quiet surroundings for ten minutes each day for thirty days, while a control group did not practice the Jesus Prayer or any other similar form of prayer.

“on two scales measuring reported relationship with God were significantly higher than those of the control group.” Scientific evidence for the value of prayer | in 2004, by Dr. George Stavros

What he discovered was that the group who practiced the Jesus Prayer, “on two scales measuring reported relationship with God were significantly higher than those of the control group.” He also found that on average the group who used the Jesus Prayer “on measures of depression, anxiety, hostility, and interpersonal sensitivity were significantly lower than those of the control group.” These were significant results. Those who committed to praying the Jesus Prayer with attention for ten minutes each day, as real prayer, for thirty days felt that they were closer to God, and had less depression, anxiety and other problems associated with relationships. Of course, this doesn’t mean that all of their problems disappeared. But they experienced some positive improvement in all these measures.

Scientific Evidence For The Value Of Prayer | The Finding

In both these studies, it was found that the Jesus Prayer did make a difference when prayed seriously and as prayer, by those with a Christian faith. Of course, this is not a new discovery. The Fathers of the Church have insisted on these results from their own experience. But it provides a scientific and significantly measurable confirmation that the ancient tradition of the Jesus Prayer does work and does help to produce significant changes in our experience. Those who practice the Jesus Prayer and the wider Orthodox spirituality know this for themselves. These studies should provide some encouragement, where it is needed, for those who have not experienced the transforming effects of the Jesus Prayer, to commit to practicing this prayer for themselves, with faith and hope, and as true prayer directed towards God, believing that God wishes all to find healing in his presence.

Delivered to you by COPTICNN™ | Coptic News Network on 2020-09-21 from Liverpool, England

Scientific evidence for the value of prayer | Fr. Peter Farrington