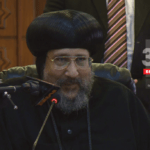 Doctor Mohamed Farid Khamis | Throughout people’s life, minutes, hours, days, and years pass, some people let their lives pass meaninglessly, while others turn life into an unforgettable history, engraved in people’s hearts and memories. Those who endow life with its most exalted meanings, live humanity in its true sense, sacrificing for the sake of elevating the homelands and life. This is how the life of the great goes, among whom is the deceased man of Egypt: Mohamed Farid Khamis; a man who chose to live for the service of his country; as he loved each particle of its earth and has become a great national symbol and an economic figure.

Mohamed Farid Khamis was born on 14/4/1940 in Bela city in Kafr El-Sheikh governorate. He obtained Bachelor’s degree in commerce at Ain Shams University in 1961, then worked at the National Bank of Egypt, obtained a Master’s degree in industrial costs, and conducted studies in the industry of textile. In 2008, he obtained a Ph.D. at the British Loughborough University. He got married and was blessed with children; Yasmeen, Farida, and Mohamed, he had three grandchildren: Omar, Malak and Osama.

These companies work in the fields of carpet manufacturing, fibers, spinning, petrochemicals, tourism, real estate, textiles, agricultural industries, international trade, educational activities, and are always pioneers in the Egyptian and international societies. Usually, the Oriental Weavers win the award for best production in the world, as happened in Hanover in Germany, and Atlanta in America.

Not only did Mohamed Farid Khamis believe in work, production, and manufacturing, but also that man is the maker of civilization and the founder of renaissances of nations as well as the progression and enlightenment of societies. He believed that the path towards real progress lies in specialized science that is the fruit of advanced scientific research. Hence, showed up his interest in science, so he played a prominent role in founding the British University in Egypt, being its Board of Trustees Chairman, he founded El Shorouk Academy and contributed – for many years- to the enrichment of the national economy, to an extent that some called him Talaat Harb of Egypt.

Doctor Mohamed Farid Khamis made distinguished contributions and played roles of great effects in society; he dedicated care to Upper Egypt and established many development projects and charitable works. Also, he supported the Islamic and Christian places of worship in Egypt and abroad, contributed to promoting the Holy Family path by manufacturing a distinguished textile collection that embodies the blessed visit to Egypt.

What he did when the ancient church in the Monastery of Saint Demiana for Nuns in Belqas was burned will never be forgotten, as he sent an engineering committee of the Faculty of Engineering professors to repair the church and it was restored to its former state. Moreover, he printed the biography of Saint Demiana, translating it into several foreign languages. He is that patriotic loving man, the one who serves all incomplete self-denial! He also established Fouad Khamis Complex for Al-Azhar Institutes, on an area of 20,000 square meters for boys’ and girls’ basic education at the Tenth of Ramadan.

In addition to the above, Doctor Mohamed Farid Khamis is the founder and president of some non-governmental organizations, such as the Mohamed Farid Khamis Foundation for Community Development, founded seventeen years ago, and is concerned with scientific excellence, especially the top students of Secondary education, and Khamis Foundation for Development, which is concerned about projects to serve the Tenth of Ramadan city, transporting approximately 6,500 students daily from their residence to their universities for free, and he established Khamis Charitable Hospital to serve its people. He was honored internationally: in 2008, the Crown Prince of Belgium then (currently the king) awarded him the highest Belgian merit.

Doctor Mohamed Farid Khamis was concerned about Egypt, always thinking about it and striving for its stability, putting all his experiences for its prosperity. On 9/19/2020, he departed from our world in the United States of America, after struggling with illness. May God rest his soul and console his family and loved ones, since he greatly influenced the industry, science, and development.