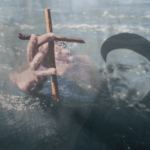 A report produced for the UK Government in 2019 found that Christians are the most persecuted religious group in the world. In some places, Christianity is at risk of being wiped out. The author of the report, the Anglican Bishop of Truro, Philip Mounstephen, says, “In some regions, the level and nature of persecution is arguably coming close to meeting the international definition of genocide, according to that adopted by the UN.”

“There is still hope. But it depends on us, and God at work in us and through us. If we become sojourners, seekers of another Kingdom, living the life of eternity now, then whether the tide rises or not we will be preserved.” Prepare for Persecution by Fr. Peter Farrington

The President of the Board of Deputies of British Jews, Marie van der Zyl, added, “there are many places in which Christians face appalling levels of violence, abuse, and harassment.” For a great many Christians, persecution in one form or another is a daily experience.

Prepare For Persecution | In The West

And when we speak out about moral issues, and on behalf of the most vulnerable, the unborn and the elderly, we will lose our registration under the guise of silencing hate-speech. We will be taken to court for causing offense to those who object to traditional Christian teachings and will face exemplary punitive fines that will lead to church buildings being seized in the name of debt collection. Bishops and priests will face prosecution if they speak out.

Some will go to prison. Sunday Schools will be closed in the name of child protection. Faithful Christians will lose their jobs in state industries and organizations because their traditional views will be considered hateful and discriminatory merely by being held.

Prepare For Persecution | Engage In Mission

You shall not build a house, sow seed, plant a vineyard, nor have any of these; but all your days you shall dwell in tents, that you may live many days in the land where you are sojourners…

Prepare For Persecution | The Church Suffering

In Albania, the atheistic Government was proud to proclaim that it had eliminated Christianity. Even today there are places where the ancient Christian communities are being driven out of their ancestral homelands and where it is forgotten that land was once Christian.

And while we have been busy with our own affairs the world around us has lost the shared appreciation of Christianity which once united those with faith and those without. Increasingly our Western societies fail to be even sympathetic to what it sees as a redundant and irrelevant minority religious activity.

Prepare For Persecution | There is still hope.

What is our hope? It is that by living out our authentic Orthodox Christian life in the power and grace of the indwelling Holy Spirit and sharing this life with those around us, the tide might yet be turned. If we remain inward-looking, if we focus on our own culture and habits, if we spend all we have on building in stone and wood, then the tide will fall upon us. I have no doubt.

The loss of faith and hope, and of a sense of there being something more to life, is all but extinguished, but not yet entirely disappeared. If we turn confidently outward and face the challenge, the darkness, and the ignorance with courage and faith in God the light may yet be restored and prevail.

There is still hope. But it depends on us, and God at work in us and through us. If we become sojourners, seekers of another Kingdom, living the life of eternity now, then whether the tide rises or not we will be preserved. Lord have mercy. Prepare your Church.

Delivered to you by COPTICNN™ | Coptic News Network on 2020-10-02 from Liverpool, England

0 0 0 0
Previous : Theological Education In The Coptic Church [E#12]
Next : Deacon Daniel Malyon: Smooth The Theologian Within Us! A Reflective Commentary
Fr. Peter Farrington