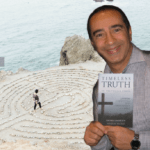 Postmodernism | The Spirit Of The Age

POSTMODERNIM | We live in strange times. Thirty years ago, Christianity was under fire because it was thought to be unscientific and, consequently, untrue.

Today, Christianity is still under fire, not because it is thought to be unscientific, but merely because it claims to be true.

What accounts for this bizarre and growing consensus is what is called postmodernism.

Postmodernism, and its companion moral relativism, should be among the foremost concerns of Christians living in the 21st century.

“It is not we who think, speak, and act but the culture which thinks, speaks, and acts through us.” Coptic Author George Bassilios on Postmodernism | The Spirit Of The Age

Postmodernism isn’t a philosophy as we typically think of philosophies. It isn’t a single, well thought out philosophical system which seeks to define and answer the big questions of life. Postmodernism is the mindset of Western culture in the latter half of the twentieth century. Postmodernism is best defined as an “attitude”. An attitude that celebrates the demise of reason and Absolute Truth. (Christian Scholar’s Review, Winter, 1996). Postmodern ideology rejects the authority of reason and views all claims to objective truth to be dangerous. Let us look at the historical background of this mindset.

The Bankruptcy of Modernism

Modernism is characterized as a movement that “delights in the natural” as opposed to the supernatural (Middleton/Walsh 14). It is a movement that stresses the “individual” and the power of our “minds” to attain truth (Middleton/Walsh 14). A main tenet of modernism is that human reason armed with the scientific method is the only reliable means of attaining knowledge about the universe. In contrast to the truth of the oral tradition in the premodern era, the modern period accepted as truth only that which could be proven to be true. It proposed a world created without any assistance from God.

The Rise of Postmodernism

Postmodernism rejects modernism’ view on humanity as an ocean of individuals; postmodernists think of humans as “social constructs.” Our society’s values, languages, arts, entertainment define who we are. We do not have fixed identities that are separable from our surroundings and which remain the same. The inescapability of seeking the supernatural. Postmodernism is a result of the failures of modernism.

The Death of Truth

Rejecting objective truth is the cornerstone of postmodernism. In essence, postmodern ideology declares an end to all claims to truth. Truth is political and created by “belief communities,” not discovered rationally. Reality itself turns out to be a “social construct” or paradigm. Postmodernism cannot separate the belief from the believer. Rejecting the content of faith means rejecting the person holding it because truth now means personal preference. It’s no more appropriate to question the validity of a person’s belief than to critique their choice from the dinner menu. Simply believing is justification enough.

The worldview of postmodernism provides the foundation for moral relativism. Moral relativism is the belief that morality is relative to the person. It can be summed up with the phrase: “It all depends.” Is murder always wrong? Relativists would say, “It depends on the circumstances.” Is adultery wrong? They would say, “It just depends on whether you are caught.”

The Rejection of Objective Knowledge

Knowledge is seen as uncertain, subjective, relative, and hence tentative. Postmodernism rejects the idea that our knowledge is an accurate representation of how things are–of reality.

The basic premise of religious pluralism is that no religion can assert any legitimate claim to superiority over any other religion (Carson 26). Pluralism advocates that God has revealed Himself in “saving ways” in other religions (Carson 27).

Postmodern anti-dogmatism ends up being anti-intellectual. If we can’t reject a theory because it is objectively false, then the pursuit of truth is meaningless.

We, Christians, have our identity in God who created us in His image. We are His creation made for His glory. According to postmodernism, you aren’t really a self at all. You have no unique identity that is identifiable from birth to death; there’s no real “you,” which remains constant throughout all of life’s changes. Human personhood is the product of socialization, so there is no universal human essence. It is not we who think, speak, and act but the culture which thinks, speaks, and acts through us.

We cannot embrace postmodernism, yet we must not retreat to the hills either. With sound Orthodox biblical teaching, we can refute the tenets of this era. Without being rooted in the Scriptures, we will have nothing to say to postmodernism. Postmodernism tells us to abandon the quest for truth, yet we must humbly affirm that truth is nonetheless available. It is found in the Person of Our Lord Jesus Christ (John 14:6).

Delivered to you by COPTICNN™ | Coptic News Network on 2020-10-20 from California, United States of America

Postmodernism | The Spirit Of The Age By George Bassilios ~ www.timelesstruth.org