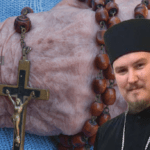 Playing to our Strengths | The Traditions

For many Christians around the world the expressing of faith to others is done through adapting the worship or making changes in expression to accommodate for a change in the audience, seeing many traditions as being outmoded or subjective, Though as mentioned in our previous article, this can often serve to only weaken to the resolve of someone seeking the faith as they would see it undervalued by those insides.

In the same manner that one would not destroy or vandalize a priceless artifact, we would not dismantle or undermine the traditions passed down if we see them as apostolic or given through Christ himself to the world. This leads us to the question of the value of the faith’s apostolicity and historical significance in dialogues regarding faith and how these are indeed the greatest tools in the arsenal of the evangelist in the postmodern religious landscape.

Playing to our Strengths | The History

Firstly if we speak of the historicity of the Church, we are speaking of its role in the history of Christianity from the life of Christ to today. This is something that many Christian communities cannot address, having their origins in schisms and splits from other communities or from the Church itself, since it is difficult to justify one’s belief as Christianity in the most traditional sense when one’s founder rejected this faith.

In the same manner, many religions have strayed so far from their own historical origins that they are almost meaningless as a historical faith, such as western Buddhism which many see as an ‘alternative lifestyle,’ rejecting many of the foundational or traditional praxis or ethics for the sake of promoting itself to the new-age movement in the western world.

“stand firm and hold fast to the teachings we passed on to you, whether by word of mouth or by letter.” 2Thess 2:15 | Playing to our Strengths

Playing to our Strengths | The Expression

However, this places Orthodox Christianity in a unique position, keeping its origins clear and its historical values and faith close to it. In this manner, it is a beacon and living expression of the faith of the early Church, something many seek in this world of replicas and individualism, something I myself was drawn to. The historical veracity and continuance of apostolic tradition is a vital aspect of the Church in the world today as this is spoken of as vital in scripture.

St Paul teaching in 2Thess 2:15, “stand firm and hold fast to the teachings we passed on to you, whether by word of mouth or by letter.” For many this simply means the words given in scripture, however from an orthodox perspective, this can apply to the praxis, ethics and doctrines given by the fathers alongside scripture and its interpretation, allowing Orthodoxy to breathe in the world as a living expression of the faith of the Apostles themselves. In this way, Orthodoxy appears to those who seek the living expression of this faith.

Playing to our Strengths | The Identity

In a similar manner, the Apostolicity of the faith itself is important when expressing the Orthodox faith to others. If one is seeking the faith of the apostles they will seek the faith which accords with the faith taught by the Early Church, in this way they will be drawn to Orthodoxy. The English Catholic Saint John Henry Newman stated, “To Be Deep in History Is to Cease to Be Protestant,” and he was right in this.

To discover the aspects of faith which were expressed in the Church at the time of the Nicene fathers and not find them in ones own Church or amongst those Christians visible in your life can be devastating to one’s faith, in the same manner, that one would feel ashamed to discover their parents had deceived them regarding their identity. In this manner, Orthodoxy is unique in not having this crisis of identity amongst Christians today.

Playing to our Strengths | The Faith

In this same way, Orthodox Christianity can be seen as amongst only a few faiths that have not liberalized or culturally warped its doctrines. If we are to compare it to examples in Judaism, where we see the destruction of the temple and emergence of rabbinical Judaism then later the rise of the Chassidic movements, we see a gradual shift from anything resembling the Jewish faith two thousand years ago.

In the same manner, Islam has failed to be able to express its faith in the modern world in the opposite sense, enforcing doctrine without justification, which is again against its own historical praxis of incorporating Hellenic philosophy as seen in places such as early Baghdad and Damascus. Both of these serve as examples of how Orthodoxy has been able to present itself as a doctrinally, and in its ethos, the living Church of the apostles, a vital point of emphasis for one explaining why Christianity is a historical and Apostolic Faith.

Playing to our Strengths | The Rock

“on this rock I will build My church, and the gates of Hades shall not prevail against it.” Discussing Orthodox Faith: Playing to our Strengths

So what is the message here? It is a simple one. Do not see the Church’s history as a burden or something which cannot be a point of value. Many seeking the Church today will find solace in its historical viability and clear representation of the apostolic faith as proof of its heritage in a religious marketplace fully of diverse yet unrooted traditions.

As Christ himself Said of the faith of his Apostles, “on this rock I will build My church, and the gates of Hades shall not prevail against it.” In the same way, we must say that on the rock of the faith of the Apostles we must found our own evangelism, and if we do this then the gates of hell can never prevail over our work.

0 0 0
Previous : Is God The Creator Of Evil?
Next : Choosing A Life Partner [P1]
Deacon Daniel Malyon