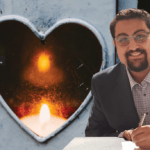 ‘’o Lord, how long shall I cry for help, and you will not listen?’’ (Habakkuk 1:2) | All things work together for good to those who love God

Those Who Love God | Introduction

Many go through difficult situations, or even difficult periods of time, and start to ask numerous questions. Some of these are “why?”, “why me?”, “Why does God allow this?”, and we start to question God’s presence and providence. We will repeat after David saying “why, O Lord, do you stand far off? Why do you hide yourself in times of trouble?” (Psalm 10:1), and repeat the words of Habakkuk the prophet, saying “o Lord, how long shall I cry for help, and you will not listen?” (Habakkuk 1:2).

Our line of thoughts are based on the premise that if someone cares, he will act according to this care, and that caring means to be (physically) present.

From these premises, we draw the conclusion that someone that cares about is must act according to his love for us, and thereby be (physically) present. So, if God would care, then He would be present, but He is not present, or rather that is the impression that we have. Through this paper, this conclusion will be examined looking at two Biblical figures, as well as two great Church Fathers.

All things work together for good to those who love God (Romans 8:28)

Those Who Love God | Joseph

Joseph was one of Jacob’s younger children, and therefore somewhat spoiled, causing his brothers to envy him (Genesis 37:1-4). Joseph had the talent to interpret dreams, making his brothers even angrier (Genesis 37:5-11). They threw him into a well to get rid of him, immersed his garment in blood, and took his garment to Jacob and told him that Joseph had died. Merchants on their way to Egypt had rescued Joseph from the well and took them with them (Genesis 37:12-35).

While Jacob mourned for Joseph, Joseph was sold, by the merchants, to the head of Pharaoh’s guards (Genesis 37:36). Joseph was allowed to serve Potiphar by his good behavior and honesty (Genesis 39:1-6), but the wife of Potiphar wanted to seduce him into sin.

Joseph refused, saying “how then can I do this great wickedness, and sin against God?” (Genesis 39:7-12). Out of anger, Potiphar’s wife told Potiphar that Joseph was trying to seduce her, putting Joseph in prison (Genesis 39:13-20). Joseph gained the trust of the prison guard in prison, and it became clear during his time in prison that he could interpret dreams (Genesis 39:21-23, 40). After he interpreted the bodyguards’ dreams, they had brought him to Pharaoh to interpret his dreams, since no one could do this (Genesis 41:1-36).

After successfully interpreting Pharaoh’s dream, Pharaoh was so convinced that he made Joseph his sight. Pharaoh even gave Joseph his ring, making Joseph practically Pharaoh (Genesis 41:37-45).

“ See, I have set you over all the land of Egypt.’’ Who Love God? Joseph

Someone might propose that Joseph, who lived the word of God, has been abandoned by God. Actually, Joseph was thrown into prison due to him holding on to God’s word. Is his imprisonment the reward for his loyalty to God and His commandments? These are thoughts of someone who doesn’t look at how Joseph’s story ended. If Joseph’s brothers had thrown him down, he could never have become Pharaoh’s right hand. Furthermore, Joseph was Pharaoh’s advisor (Genesis 45:8), and Pharaoh favoured Joseph so much that he told Joseph: “See, I have set you over all the land of Egypt.”

Removing his signet ring from his hand, Pharaoh put it on Joseph’s hand; he arrayed him in garments of fine linen and put a gold chain around his neck. He had him ride in the chariot of his second-in-command; and they cried out in front of him, “Bow the knee!” Thus he set him over all the land of Egypt. Moreover, Pharaoh said to Joseph, “I am Pharaoh, and without your consent, no one shall lift up hand or foot in all the land of Egypt” (Genesis 41:41-44).

If Joseph had not been thrown into the pit, he would most likely have become a simple sheep shepherd. Since Pharaohs were not religious, or at least not in the God of the Jews, they took the Jews into account only to a limited extent.

“ So all the years of suffering were, ultimately, for the good, not only for Joseph, but for his family and the entire land of Egypt. Those Who Love God! Joseph

Because Joseph was the right hand of Pharaoh, more consideration could be given to the Jews. So all the years of suffering were, ultimately, for the good, not only for Joseph but for his family and the entire land of Egypt.

Those Who Love God | David

Samuel the prophet was sent by God to anoint a new king for Israel, and God sent Samuel to David (1 Samuel 16:1-10). David was the youngest of his brothers and a shepherding. As the Bible teaches us, David had “bright eyes” and was “and good looking” (1 Samuel 16:11-12). The first king of Israel, Saul, was still alive at the time of David’s anointment as King of Israel. However, as he did evil, “the Spirit of the Lord departed from Saul, and a distressing spirit from the Lord troubled him” (1 Samuel 16:14), and out of restlessness, Saul was in need of someone that could calm him down.

“ the Spirit of the Lord departed from Saul, and a distressing spirit from the Lord troubled him’’ (1 Samuel 16:14) | Who Love God? David

David was the one that calmed Saul down with his lyre (1 Samuel 16:15-23). After being favoured by Saul, David was the one that ultimately defeated Goliath, and thereby becoming a hero in the eyes of the Israelites, something Saul could not stand (1 Samuel 17). Moreover, David became good friends with Jonatan, the son of Saul. Furthermore, Mikal, the daughter of Saul, fell in love with him. This made Saul even angrier (1 Samuel 18).

Saul spends a significant part of his life wanting to kill David. When Saul started to hunt David, his son Jonatan helped David flee from the area (1 Samuel 19-20). Although Saul only wanted David’s death, when giving the chance to end Saul’s life, David saved Saul’s life twice (1 Samuel 24, 26). When David was told that Saul was murdered, the news saddened him even though Saul saw him as an archenemy (2 Samuel 1). Eventually, after Saul’s death, David became king over Judah (2 Samuel 2:1-6).

“ So all the years of suffering were, in the end, for the good, not only for David, but for the Kingdom of Juda as well. Those Who Love God! David

In order to achieve that goal, God used Saul as an instrument. All of Saul’s persecutions led to David becoming a strong, and even more importantly a worthy, King of Israel. Someone may question the benevolence of years of persecution and misery, but all this was necessary to make David the gentleman the worthy King of Israel.

So all the years of suffering were, in the end, for the good, not only for David but for the Kingdom of Juda as well.

Those Who Love God. To be continued…

All Things Work Together For Good To Those Who Love God. By Subdeacon Wasim Shehata

Delivered to you by COPTICNN™ | Coptic News Network on 2020-11-10 from Kudelstaart. Netherland.


Wasim Shehata's background is in Biomedical Sciences, and he is currently finishing his master's degree in Biomolecular Sciences. He is a subdeacon in readers' order in the Coptic Orthodox Church and a theology enthusiast. Wasim particularly enjoys the Church History and practical/contemplative aspects of theology and apologetics.


Wasim Shehata believes that today our youth face many challenges, and we must answer all their questions as they strive to remain in the Orthodox faith. Also, he is an extraordinary mental health advocate. Wasim is well-read into both the psychological and scientific aspects of, mostly, depression, anxiety, and panic disorders.