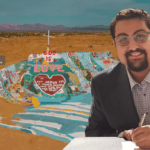 ‘’o Lord, how long shall I cry for help, and you will not listen?’’ (Habakkuk 1:2) | All things work together for good to those who love God

Several great Fathers of the Church have been assaulted, tortured, imprisoned, exiled and even murdered for defending the Orthodox faith that Christ taught us. Patriarchs have been endured numerous things, especially in the 1st-6th centuries. Why did God let that happen? Patriarchs are the good shepherds for their flocks, so what is the benevolence of allowing his removal from his throne? Two examples of famous Church Fathers who have been exiled are Athanasius of Alexandria and Severus of Antioch.

Athanasius of Alexandria (373 AD) was the frontman in the (theological) fight against Arius (336 AD) and his erroneous theology and defended kept fighting the good fight (against Arianism) for decades. It is estimated that Athanasius fought Arianism for around 50 years, of whom 42 years spend on the Apostolic throne of Alexandria. His knowledge led Athanasius to be the main defender of the Orthodox faith during the First Ecumenical Council of Nicaea (325 AD), although he was not a patriarch at that time, his predecessor Pope Alexander was at the throne at that time.

In his struggle, Athanasius was exiled not once, or twice, but five times. His exiles were the result of Arius, and his friends, influencing, among others, Emperor Constantine I. Athanasius’ exiles were in 336-337, 338-346, 356-361, 362-363 and a few months in 365. Severus of Antioch (AD 538) was the frontman of the non-Chalcedonian (Oriental) Orthodox Churches against the Chalcedonian churches, fiercely defending the Orthodox faith regarding the nature of Christ. Severus was exiled in 518 until his death in 538. The emperor wanted to kill him in 518, and although he wanted to die as a martyr, he was helped to flee.

His flock told him that nobody, besides himself, was able to defend the faith at his level. He spent 20 years in Egypt, where he has written a large number of letters and theological treatises.

Both Athanasius and Severus have preached the Orthodox faith in several places where they would not initially travel to. Both have founded churches, taught people, written numerous writings and indirectly supported their flock. Because of their exile, the Orthodox faith could reach more people. In a broader sense, the Orthodox faith has benefitted from heresies, as that gave rise to the writings of the Church Fathers, which are still studied to this very day.

If there were no way out, God would be sadistic

If not all things were for the good, God would be unfair. In that case, God would have created us as a kind of punching bag on which He could express His frustration. The question is to what extent this is realistic. The reason for creation is, again, for the good. God created us so that we could enjoy His love. God does not need anything or anyone, so He was not forced to create us, nor did He need us, but because God is love, He created us so that we could live a life in which we would feel ourselves loved in every second. The idea that God is unjust comes from a misconception.

This can be seen as follows; someone might be in the car, and hears that there is a long traffic jam, but when he looks out his window he sees cars starting their engines. He thinks that the traffic jam is not that bad, but when the cars move only a small distance, this person becomes frustrated. The traffic jam was almost over according to his own thoughts. However, if this person had listened to the radio, he would know how long the traffic jam really was, and then he could have anticipated more accurately. In other words, this person drew a conclusion based on the little information that he had, while the people on the radio saw the whole picture and therefore could make a (more) accurate statement.

This also applies to us as people; we make statements about the future with the little amount of information that we have (the past and the present), but it is God who knows everything and is, therefore, the only one who sees the whole situation. When we go through a difficult situation or a difficult period, we are as it were in a traffic jam, but the traffic jam must someday pass, and that will happen. God does only good for us but in the context of our salvation.

This can be seen as a doctor giving his patient a bitter medicine, although the patient will not like it, it will nevertheless cure his disease. Every unfortunate situation that we experience is therefore for the good of our salvation. Another line of argumentation is the Incarnation and the mission of the Incarnation. The eternal Word of God, the Logos, the second hypostasis in the Trinity, descended from the unimaginable glory to be one with us, and thereby He made the Heavens and earth one (Colossians 2:14-15). In fact, He bore the sins of mankind and paid the price that we should have paid (1 Peter 3:18; Romans 5:8).

From a scientific point of view, Christ hung on the cross for three hours, and His arms were not horizontal as many icons and pieces of art depict, rather His hands were somewhat vertical. This means that in order to breathe, Christ had to pull Himself up through his flesh wounds. Would Christ suffer so much, during His ministry and crucifixion, for humanity if He didn’t care enough about us? Is that plausible? When having the feeling that God sees us suffering and does nothing about it, we must remind ourselves of what He did not do for us.

No matter how many mistakes we have made, or how many things we have ruined, when we go back to God He is able to use everything and create something good out of it.

All Things Work Together For Good To Those Who Love God. By Subdeacon Wasim Shehata

Delivered to you by COPTICNN™ | Coptic News Network on 2020-11-17 from Kudelstaart. Netherland.