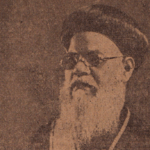 The 1950s Under Pope Yousab | The Coptic Modern Era

The 1952 Egyptian Revolution changed the course of history in Egypt and the Middle East. The subsequent political, social, and economic reengineering vitally affected the Copts and their church profoundly. Despite these challenges, the Copts adapted to the new reality and survived, even flourished, in specific fields. Having acted as nation-builders in an open society following western models of democracy under the Muhammad Ali dynasty, the Copts continued their civilized contribution to the socialist system that President Gamal Abdel Nasser (1952–70) gradually introduced. They even embraced socialism theologically.

At the outset, the army revolution was welcomed by Copts and Muslims alike. It promised socio-economic reform, put an end to the British occupation in 1882, and restored law and order using a disciplined army. But soon, the Copts began to realize that their status was compromised in many areas of Egyptian life. Socialism and dictatorship took their toll on all Egyptians. Still, the Coptic share was far more significant in specific areas such as sociopolitical structures, wealth redistribution, and the 1955 personal status law.

As the revolution banned all political parties, the Copts who enjoyed prominence in politics were forced to abandon their political careers. Coptic representation in parliament and the upper government dropped dramatically. The government curtailed most non-governmental organizations’ functions, including the Coptic Community Councils, benevolent societies, cultural centers, hospitals, and schools. These Coptic organizations formed an essential safety net against discrimination, and their diminishment threatened Coptic social well-being, culture, self-identity, and self-determination.

When land reform was applied, wealthy Coptic landowners, along with all Egyptians, were forced to give up their land to the state without compensation. But when the government conducted redistribution of land ownership among poor farmers, hardly any Copts could be traced on the receiver’s list. This is the constant historical Coptic problem: share the pain but not the gain.

The Coptic Orthodox Church was in no position to meet this array of new political and social challenges. In 1946, an electoral body composed of clergy and laity elected the metropolitan of Girja- to become Patriarch Yousab II (M. Shoucri, “Yousab II,” in Atiya 1991: 2363–64). Because of his deteriorating health, the patriarch increasingly allowed his servant to influence important church decisions such as selections for the episcopate.

The result was corruption. In September 1955, Yousab was relieved of his duties, and a council of three metropolitans was elected to administer the church’s affairs. One of the three was Metropolitan Mikhail of Asyut., who has been described as a “towering figure” for revival in his diocese, fighting discrimination and promoting ecumenism.

In the same week, exploiting the absence of the patriarch, the government issued a new personal status law, which transferred judicial powers on personal status (marriage, divorce, and custody of children) from the Coptic Community Councils to the state judiciary system. The new law has several provisions destructive to the integrity and self-determination of the Christian family. Most prominently, if a spouse converts to Islam, the Muslim party gains nearly all legal rights.

The Christian party cannot inherit from the Muslim party, nor receive custody of children in separation or divorce cases, nor receive income (alimony). Children under eighteen years of age are automatically counted as Muslims. They cannot easily convert or return to the Christian faith until they reach eighteen, and even then only stand a slim chance of success in court.

Even worse, if the husband converts to Islam, he may apply for a court order against his wife for Bait al-Ta’ah (home of obedience), legally forcing her to live with him and accept rules to which she did not agree at the time of their Christian marriage, such as polygamy. Strong Coptic protests against the new law have been consistently diffused by promises of change from the government from its initial decree to the present.

Despite such “disputes without and fears within” (2 Corinthians 7:5 NRSV), important milestones were achieved. Due mainly to the resilience of Copts with reforming and progressive attitudes, new parishes and churches were built around the country, translation of patristic literature increased, the Coptic Seminary expanded its campus and curriculum, and the Sunday School movement continued to grow and provide services.

This revival provided leaders who rose to critical positions in the Coptic Seminary, parishes, episcopacy, and even papacy. In 1954, the Institute of Coptic Studies was established and continued to teach, research, and promote aspects of Coptic civilization and church heritage. It wildly succeeded in reviving ancient Coptic art and conserving the treasures of liturgical hymns.

Pope Yousab died on 14 November 1956 while the nation was struggling with the Suez War outcome, and it took time for the Coptic Church to recover. It was wounded, bruised, and divided. The patriarchal election law was updated by the Holy Synod and decreed by President Nasser on 3 November 1957. Because the law was so fiercely opposed by the Community Councils and the Sunday School movement, the new patriarch was not elected until 18 months after the decree.

To be continued with the 1960s: Relief And Progress Under Pope Kyrillos’ Liturgical Spirituality.

Delivered to you by COPTICNN™ | Coptic News Network on 2020-11-18 from Los Angeles, United States of America

The 1950s Under Pope Yousab | The Coptic Modern Era


Dr. Saad serves as Chair of the Coptic Studies Council at Claremont Graduate University and Trustee at St Athanasius & St Cyril Coptic Orthodox Theological School (ACTS) in Los Angeles (actslibrary.org). He is also a member of the Advisory Board of the Loyola Marymount University Huffington Ecumenical Institute and a Founding Board Member of the Institute for Signifying Scriptures in Pasadena. He was Senior Editor of Watani International (2001-2008).