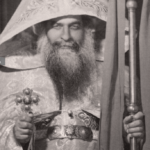 The 1960s: Relief And Progress Under Pope Kyrillos VI | The Coptic Modern Era

The 1960s: Relief And Progress Under Pope Kyrillos’ Liturgical Spirituality

In the previous article, we discussed “Pope Yusab’s Patriarchate: A Decade Of Internal And External Challenges And Achievements”.

For at least the ninth time in their history, the Copts used a hybrid of election and casting of lots to determine the next patriarch (Saad and Saad 2001). First, a nominating committee narrowed down clerical nominees and, the highest of ecclesial endorsements selected seven candidates. Then, an electoral body of about five hundred individuals, drawn from both clergy and laity, ranked the candidates through voting.

Pope Kyrillos succeeded in uniting the church by leading a genuinely pious life. He staunchly encouraged both liturgical and monastic revival, which included public, daily celebration of the Eucharist at sunrise and vespers at sunset, and the building of the church’s ninth monastery, the Monastery of Saint Mena at Maryut (Meinardus 1999: 79). Pope Kyrillos made himself completely accessible. He acted from strength and used his authority with wisdom and rigour.

The pope’s spiritual aura and practices gave the Copts new hope and impetus for progress. Also, they won him the admiration and cooperation of national and world leaders, both political and religious.

The unity of the church under Pope Kyrillos was a decisive factor in improving the social, political, and religious standing of the Copts in the 1960s, which in turn facilitated cultural activities and church achievements. Besides, factors external to the church resulted in further improvements. For example, the adoption of socialism increased Copts’ opportunities to be hired and promoted relatively in many governments and public sector organizations.

Nasser’s international goals and image were better served by the fair treatment of the Coptic minority. His dispute with the Muslim Brotherhood prompted a move away from their Islamist extremism and toward openness to pluralism. As a result of these internal and external factors, positive signs of integration and goodwill were increasingly manifest in many social areas, and cases of discrimination or violence were acknowledged and addressed.

For instance, unlike under Sadat and later Mubarak, the ridiculing of Christianity and Christians in the media and classroom was punished, as were attacks against Copts and churches. The church enjoyed friendly relations with al-Azhar, and it was popularly known that the patriarch’s wishes were respected by the government (Heikal 1983: 157).

Despite lukewarm relations with Nasser in the first years after his 1959 enthronement, Pope Kyrillos developed an intimate relationship with the president, who sincerely believed in the patriarch’s holiness. The friendship resulted in many gains for the church and the Copts. Probably the most visible, both physically and figuratively, was the construction of the new St. Mark’s Cathedral in Cairo with moral, legal and financial sponsorship by the government under Nasser’s personal direction. In 1965, Nasser even laid the foundation stone of becoming one of the largest cathedrals in the world (Heikal 1983: 158).

The Holy Virgin Mary’s apparitions on the roof of St. Mary Church in Zaitun, Cairo, which began 2 April 1968, were significant to both the Copts and the nation. The exuberance continued with the inauguration of the new St. Mark Cathedral in Cairo on 25 June 1968, which was attended by Nasser, Emperor Haile Selassie of Ethiopia, patriarchs, cardinals, and diplomats from around the world. The night before, the church received relics of St. Mark from Venice as a gift from the Vatican. It was a celebration befitting the nineteenth centennial of the martyrdom of the founder of the Coptic Orthodox Church (van Doorn-Harder 2011: 111, 124).

Pope Kyrillos passed away on 9 March 1971. The nation and the church mourned. He was a spiritual icon for both. In order to elect a new pope, the 1957 patriarchal election law was applied for the second time. The new patriarch, Pope Shenouda III, was enthroned in an international event on 14 November 1971 broadcast live on national television (van Doorn-Harder 2011:155 – 58).

To be continued with 1971 – 2012: Pope Shenouda’s Charisma And Relations With The Nation And The World.

Delivered to you by COPTICNN™ | Coptic News Network on 2020-11-25 from Los Angeles, United States of America

The 1960s: Relief And Progress Under Pope Kyrillos | The Coptic Modern Era

Saad Michael Saad is the Managing Editor of the Claremont Coptic Encyclopedia (www.cgu.edu/cce). He has published three book chapters and numerous articles on modern Coptic history, culture, diaspora, and microwave engineering. He holds eight patents in the United States, and 32 counterparts in Europe, Japan, and other countries.Saad serves as Chair of the Coptic Studies Council at Claremont Graduate University and Trustee at St Athanasius & St Cyril Coptic Orthodox Theological School (ACTS) in Los Angeles (actslibrary.org). He is also a member of the Advisory Board of the Loyola Marymount University Huffington Ecumenical Institute and a Founding Board Member of the Institute for Signifying Scriptures in Pasadena. He was Senior Editor of Watani International (2001-2008), Adjunct Professor of Electrical Engineering at the University of Illinois at Chicago (1985-1996), and in 1997 was named Fellow of IEEE (Institute of Electrical & Electronics Engineers). Saad received an MA from the University of Chicago Divinity School in 1987 after a PhD in Electrical Engineering from the University of London in 1974.