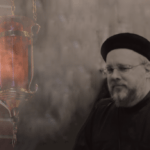 Morality Without God Is Without Meaning

… and in this we can be confident that it comes from God and reflects the nature of God, who is alone the basis of any transcendent and universal morality. Morality without God is without Meaning | Fr. Peter Farrington

Being moral is an important ambition even in our complicated, modern society. But there is no longer an agreement about what it is to be moral and what our morality should consist of. In a relatively short time, over only a few decades, everything that once was considered moral is now criticised and condemned as if it was something wicked. While all of the things that were once considered immoral are now presented and promoted as if they were a virtue.

How do we make sense of our own morality, influenced by our Orthodox heritage and spiritual tradition, when it seems that so many good people get along fine with a different set of moral rules, and when our own seem to be unkind, judgemental and restrictive?

It needs to be said that it is quite reasonable to have a moral outlook and also not live up to it, though it is best to aspire to put it into practice. But what is important is what we think moral behaviour is, and on what authority we have adopted it. Morality provides a direction to our life, and so heading off in the wrong direction is dangerous and harmful for individuals as well as for the societies we belong to.

What can we say about Orthodox Christian morality? Of course there are aspects of what our parents tell us to do, or insist we stop doing, which are not part of the essential Christian morality. We don’t have to say that everything every Christian says about morality is authentic. But there is an essence to the Orthodox spiritual way which provides us with moral guidelines, even though our faith is not simply about doing the right thing.

This essence of morality is found in the Scriptures, and especially the Gospel message that God is love, and that we are called to experience and express this love unconditionally towards all others, just as we have received it unconditionally. It is that we are to sacrifice self for the sake of others, and that we find ourselves truly when we focus least on ourselves. This moral basis is worked out in our life. It is how much of Western societies, influenced by Christianity, worked things out.

It is a transcendent morality, because it does not arise in what we think is good, but in the very nature of God. So it is always a challenge and it is always a journey for us, an ascent up the mountain to meet God. It is not how we normally choose to live at all.

This morality of love and humble service, in the likeness of God himself, as a transcendent reality and not simply a human construction is the basis of our insistence that our Orthodox Christian morality is true. It is true because it is of God and not of us. In fact we are usually rubbish at putting it into practice, which is a sign that it is not a human morality at all. It always asks more of us. We cannot fulfill it on our own but as we fulfill it with God we become more like God because it is from God.

So what about the morality of those who don’t believe in God at all? We have to say that people who have a transcendent and divine morality can fail to live it out. And at the same time, people who have an essentially human morality can actually live by a much higher standard. We are talking about morality, and whether any particular one can be trusted or should be given authority. We are not talking about how good actual people are.

No morality in random evolution. If that is all there is then there is no moral guidance to be found in them. In fact, in a universe without God there can be no good and evil, because the materialistic universe does not care or know about good and evil.

If the universe does not tell us what is good and what is evil then where do we get such ideas and insist on them? We have to be honest and say that we make them up. The modern discipline of ethics is filled with people trying to construct a morality without God. But in every case, every system turns out to be based on no more than what people think they want to do and want others to do.

Surely one of the worst of all examples is the Nazi movement in the 20th century in Germany. The Nazis had a morality, and they could speak about a good Nazi. It meant something. It meant something terrible and terrifying. But only Christian morality can call it evil and mean it. Why was it evil if the universe does not know or care what humans do, and if this world and everything on it will disappear in a solar explosion at some point in the future.

Humanly speaking, we can only mean that the Nazis did things we don’t like and wish they hadn’t done. But a world without God cannot speak about good and evil in a transcendent manner. The leaders of Nazi Germany believed to the end that they were great men, and good men, and heroes who should be remembered for what they had done. By what measure can they be criticised if we only have other human opinions?

Many people who have no faith in God seek to live a good life, and they are to be commended. But their ideas of good and evil are Christian, whether they recognise this or not. They are naturally seeking a transcendent morality because they are, and each one of us is, created by God and for God. The morality of God is built into us and so it rises to the surface even when a society is losing its foundations.

When we are told that opposition to some modern life-style choices is cruel and unloving, we need to find the right words to express what we believe. But we should not be hesitant to insist that the transcendent morality which God has revealed is what works best for mankind, created by God to become like God. We need to find a way to express the idea that every other way of life leads away from authentic human experience and is harmful to us. We need to discover how to preach our divine morality as Good News for mankind and not as a restriction on our freedoms.

Every morality without God lacks authority. It is no more, in the end, than a personal opinion, even if it shared by many people. And it almost always represents only what those seeking to enforce it are already doing. A morality of excess and of pleasures of every kind, suits a consumerist society which devalues other persons, while it insists on various taboos and prohibitions that represent its own fears about life and death.

There is a confusing incoherence about sex and sexuality, in which everything is both promoted and forbidden at the same time. It is a morality in which everyone must be free to speak unless their views are prohibited. In which what is traditionally moral, based on the revelation of God, has now become the new immorality.

Our morality is different. It is a gift of God. It has much about it which is universal and represents the experience of God in all ages and places in one way or another. It is not the same as every other morality in the modern world. We can reasonably ask of the person who says there is no God, why should I consider your moral views to be anything more than your own opinion? Where do you get your ideas about good and evil when a materialistic universe makes these terms redundant? Why is it right to do this, or not do that? Why? There is no substantial or compelling answer.

Our own Orthodox Christian morality drives us onwards and upwards. It is not a human construction. It does not represent what we are already doing. On the contrary, it reveals to each of us how far from being moral we are, and in this we can be confident that it comes from God and reflects the nature of God, who is alone the basis of any transcendent and universal morality.

Delivered to you by COPTICNN™ | Coptic News Network on 2020-12-03 from Liverpool, England

Morality without God is without Meaning | Father Peter Farrington


Father Peter Farrington is a priest of St Mary and St Cyril Coptic Orthodox Church in Liverpool, UK, serving in the Midlands Diocese. He was brought up in a committed Evangelical family and trained for three years as a Pastor and Missionary.


In 1994 He became a member of the Coptic Orthodox Church after many years of searching for a deeper and richer Christian life.


In 2009, He was ordained a priest. He continues to be concerned with presenting our Orthodox Faith as authentic humanity, and as Good News, especially to our own Coptic Orthodox youth and those around us seeking a transforming experience of God.