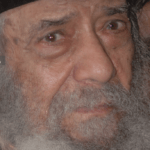 The 1990s: Pope Shenouda’s Charisma And Relations With The Nation And The World

Although it has been a difficult era, the Copts have persisted and occasionally made monumental achievements in numerous fields. They have used their creativity in private enterprises, promoted Coptic art and music, defended their religion and church, revived ancient monasteries, and struggled and often succeeded in building churches, hospitals, schools, orphanages, and media outlets. In 2003, in a surprising but welcome move, President Mubarak even declared Coptic Christmas (January 7) a national holiday.

On the pastoral and ecclesiastical fronts, especially over the past four decades, dioceses, monasteries, and seminaries have witnessed unprecedented growth because of the vision and energy of Pope Shenouda both inside and outside Egypt. Remarkably, the number of dioceses has increased from some twenty-five to one hundred during his papacy. The majority of which were created by dividing existing dioceses in response to local ministerial needs. Monasteries have grown from a mere dozen to at least sixty and counting (van Doorn-Harder 2011: 174; Chaillot 2009).

Many modern pharaohs sons have become influential, some within Egypt and others internationally. The list includes the aforementioned, Boutros Ghali, who became the United Nations Secretary-General (1992-96).

It also has others recognized in this chapter and many cabinet and parliament members in Egypt. Naguib Sawiris, a billionaire who in 2011 founded the Free Egyptians Party. Sir Magdy Yacoub, the first surgeon to perform a heart transplant in the United Kingdom. Dina Habib Powell, the former White House Personnel Director, and a host of world-class professionals in almost every field.

Under Pope Shenouda, the Sunday School movement, benevolent societies, religious, educational institutions, and Community Councils continued to provide the laity with vehicles for revival, self-expression, education, and internal reform. At the same time, however, the decision-making process within the church, as well as the church’s interface with society and politics, has increasingly become influenced and in many cases dominated by the clergy (Watson 2000: 47; Hasan 2003: 233-34, 243; van Door-Harder 2011: 156, 175-76, 187-88).

Copts, especially those in Community Councils, government positions, civil society leaders, and media, often find themselves walking a tightrope, caught between the state’s authoritarianism and brutality, the threat of attack by Islamists conservatism of the central administration of their church.

Tensions between the laity and the clergy have occasionally revealed themselves in spiritual and daily matters, such as Pope Shenouda’s ban on pilgrimages to Jerusalem, which remains in effect (Hasan 2003: 109; Watson 2000:131). More recently, since the 2011 revolution, lay members have protested and demonstrated against the government. For the sake of peace and safety, the patriarchate usually discourages such acts.

Copts, both lay and clergy, have founded and utilized media outlets inside and outside Egypt to represent Coptic identity and integrate it with modern Egyptian culture and international ideals. As such, Coptic media broadcasts church services, defends human rights, promotes civil society, and nourishes a cooperative attitude toward Islam and Muslims. It boosts the Copts’ self-consciousness, affords them opportunities to express their positions on social and political matters actively, and appeals to the Egyptian nation’s soul and Islamic conscience.

The Sunday newspaper Watani, under its editor-in-chief Youssef Sidhom, is the pinnacle of Coptic expression and nationalist, progressive journalism. Watani was established by Antoun Sidhom in 1958, closed by Sadat in 1981, and reopened in 1984 after a court battle. In 2001 Watani International was founded with additional Arabic and English pages under Magdi Khalil and Samia Sidhom.

Two Coptic Television channels were launched in Egypt in 2007 broadcasting to most of the world via satellite: Aghapy TV, founded and directed by Bishop Botros, and CTV (Coptic TV), founded and guided by the benevolent Copt Sarwat Bassily. In 2010, the Coptic Diocese of Los Angeles under Bishop Serapion founded the LogosTV satellite channel. There is even a station for young Copts in the Diaspora, the Christian Youth Channel.

Pope Shenouda | From Daughter to Sister Church: The Evolution of Ethiopian-Coptic Relations

Although Christianity may have reached Ethiopia in Apostolic times, the hierarchical structure was not formalized until the time of St. Athanasius in the fourth century. Since then, the Coptic Pope ordained Addis Ababa’s bishop and oversaw the Ethiopian Church’s administration. In later centuries, the Copts, being under siege themselves, appreciated the Ethiopian church’s dignity and strategic dimension as a daughter church. Meanwhile, Egypt’s rulers had a vested interest in keeping Ethiopia in the Coptic ecclesiastical fold to leverage Ethiopia’s political pressure.

With the 1942 liberation of Ethiopia from the Italian occupation and the spirit of independence that swept Africa in the 1950s, Ethiopians sought a higher degree of ecclesiastical independence. In 1951, for the first time in the Ethiopian church’s history, an Ethiopian rather than Egyptian Copt was ordained as Metropolitan of Addis Ababa.

Soon after the 1959 enthronement of Pope Kyrillos VI, the two churches agreed that Metropolitan Basilios of Addis Ababa was elevated to Patriarch-Catholicus in a solemn liturgy Cairo Cathedral attended by Emperor Haile Selassie on June 28, 1959. The Pope of Alexandria was to remain “the supreme spiritual head of the Church of Ethiopia” (Partrick 1996: 164; Meinardus 1999: 134).

However, upon the death of both Kyrillos and Basilios in 1971, the Ethiopians pushed for complete independence, and on May 9, 1971, Patriarch Theophilos was enthroned in Addis Ababa. Coptic Metropolitan Antonious led a delegation that participated in the inauguration.

Both Pope Kyrillos, in 1960 and 1965, and Pope Shenouda, in 1973, were invited to Ethiopia and received an imperial welcome. However, the Ethiopian communist revolution in 1974 devastated the Ethiopian church, not to mention its relation to the mother (now sister) church. Soon after the communist retreat in 1991, warm relations between the two churches were restored and formulated in a protocol approved in 1994.

Pope Shenouda | Ecumenical Progress Within Egypt and Without

In contrast to its relative isolation from the world since the Arab invasion in AD 641, the Coptic Church emerged as more ecumenically conscious in the twentieth century. It joined the World Council of Churches (WCC) in its earliest days, becoming a full member at the WCC General Assembly in Evanston, Illinois, in 1954. The Copts participated in many activities of the WCC, and in 1989 Pope Shenouda was elected to its eight-pew; Presidency Council.

When the need emerged to establish ecumenical forums based on regional interests and concerns, the Coptic Church was involved. The All Africa Conference of Churches (AACC), for example, was formed in 1963 in response to the need to address common challenges facing Christians in the newly liberated African continent and, more recently, has addressed the HIV/AIDS pandemic. Similarly, the Middle East Council of Churches was formed in 1974 to address Middle Eastern Christians’ common political and social challenges.

With the emergence of the worldwide ecumenical movement in the twentieth century, the five non-Chalcedonian (Oriental) Churches felt a need for a closer fellowship to distinguish their collective identity and meet the demands of ecumenism as one group. These churches are the Coptic, Syriac, Armenian, Ethiopian, and Malankara (Indian) Orthodox Churches. Emperor Haile Selassie hosted the first of such conferences in Addis Ababa in January 1965.

In that event, the prelates of the five churches, which had not formally met since the Council of Chalcedon in AD 451, gathered to discuss the role of their churches in the modern world, cooperation on matters of church education and evangelism, relations with other Christian churches, and issues related to peace and justice (Atiya 1991: 1845—46). Since then, the churches have maintained cordial relations, holding joint liturgies, participating in sacramental exchanges, and coordinating positions when addressing Eastern Orthodox and Catholic churches’ relations.

Working from a modern understanding of the political environment that caused the rift between the churches at Chalcedon, the non-Chalcedonian and Chalcedonian Orthodox families of churches have renewed cordial theological relations over the past sixty years. Frequent visits among the leadership have promoted an atmosphere conducive to understanding one another’s theological positions.

One such ecumenical result came in 1987 in the form of a joint statement on Christology signed by both sides at St. Bishoi Monastery in Egypt (Chaillot and Belopopsky 1998′. 36). In 2001, the Coptic and Greek Patriarchs of Alexandria took an additional step toward reconciliation by allowing mixed families to be mutually accepted for communion in either church.

Pope Shenouda | Warming of Relations between Coptic and Catholic Churches

A strong bridge with the Vatican was built in 1968 when, as mentioned earlier, the Vatican gifted a portion of the relics of St. Mark venerated in Venice to the new St. Mark’s Cathedral in Cairo. Pope Paul VI invited Pope Shenouda to the Vatican—the first visit of a Coptic prelate in over 1,500 years—where they held theological and pastoral exchanges that resulted in a historic Common Declaration issued May 10, 1973.

On this occasion, the Vatican also gifted a portion of St. Athanasius’s relics, the twentieth Coptic Orthodox Pope, to his successor Pope Shenouda, the 117th Coptic Pope, along with marble flooring for the new Cairo Cathedral. Pope Shenouda developed a cordial relationship with the Coptic Catholic Church and, in February 2000, received in his office the venerated Catholic Pope John Paul II.

To be continued with: Development of the Coptic World and The 2011 Revolution, and the Precarious Future of Egypt.

Delivered to you by COPTICNN™ | Coptic News Network on 2020-12-11 from Los Angeles, United States of America

0 0 0
Previous : The Knowledge Of God | Cultivating Virtue
Next : The Faith of Atheism
Michael Saad