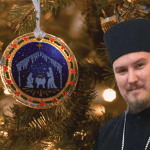 The Nativity: The Universality Of Christ

“The Nativity is a truly universal epoch-making event, and the coming of light to all nations under the universal authority of the one true God.” The Universality of Christ.

The Nativity of the Christ is a wonderful and truly epoch making in both the cultural and spiritual journey of humanity, leading us from the darkness of paganism to the light of God’s plan for mankind. The narrative of the Nativity and events directly following also give a strong reminder of the universality of this event and its importance to all of mankind as opposed to any specific group or people. By following the journeys of the witnesses of this event we can see the message of the universal message of Christ, and also the message it gives for us today.

The Nativity | The Gospel Matthew And Luke

Beginning our journey with the prologue to the Nativity as found in both Matthew and Luke. The Prophecies of the coming of Christ reveal the universal message of his coming, in the events preceding the birth of Christ, this appeared in many forms. In Matthew’s Gospel we are given the lineage of Christ to fourteen from Abraham. Though likely written to establish his lineage to the Jewish audience of Matthew’s Gospel, this also establishes his lineage to Adam and thus the universality of the Salvation brought through Christ.

“His people are not the Jews only, but also all that draw near and receive the knowledge that is from Him.” John Chrysostom states in his commentary | The Nativity: The Universality of Christ.

We are also told this when Joseph is told that, “He will save His people from their sins.” Interestingly, to the reader this may have simply suggested a mission to the Jews, though as St John Chrysostom states in his commentary, “His people are not the Jews only, but also all that draw near and receive the knowledge that is from Him.” (Homily 4 on Matthew) In this we see the universality of Christ’s Nativity declared before his birth.

Similarly in Luke we see the universality of the message of the coming of Christ in both the prophecy of Zechariah and the song of St Mary. The song of Mary, often called the Magnificat in the West, is a wonderful verbalisation of the history of Salvation from the generations of Abraham and onwards, giving a firm reminder that, “His mercy is on those who fear Him, From generation to generation.”

The Nativity | An Exaltation

In previous generations we knew this to mean the Jews, in fact later when speaking of the coming of Christ being an exaltation of the humble, we are reminded that this raises up the previously silent gentiles, with the fall of the temple cult. As St Cyril of Alexandria comments in his commentaries on Luke, “the Gentiles. who were obscure and of no note, were for their faith’s sake exalted.” (Sermon 1 on Luke).

We see the same message in Zechariah’s prophecy, upon the naming of St John the Forerunner. Along with his wonderful prophecy as to the important role of the forerunner, making reference to the words of the Prophet Isaiah, he states of Christ’s mission, “to give light to those who sit in darkness and the shadow of death, to guide our feet into the way of peace.” Here again is the message of universality, promising Christ to be the light to all peoples, a message shared repeatedly throughout the Gospels. In this we see the Universal promise brought into the world with the nativity of Christ.

As per the Gospel of Luke, the first to visit the Christ Child are the shepherds. Though not the lowest of people, shepherds were far from the upper echelons of first century society. They lived in the hills outside of the cities and were largely left to fend for themselves and their flocks. However these shepherds were also granted an angelic message of the coming of the incarnation. Their reaction, regardless of their social station, is one of total obedience.

We are told by Luke that, “when the angels had gone away from them into heaven, that the shepherds said to one another, ‘Let us now go to Bethlehem and see this thing that has come to pass, which the Lord has made known to us.’” In this manner, the Shepherds are chosen to bear witness to the coming of the Messiah, and to pay homage to him, as people of Israel. In this wat we see that the message of Christ is one to permeate all of society.

The Nativity | The Universal Authority Of Christ

However, this is not the end of this story, since in the East we are also told that others were given news of the Messiah by other means. Though not in Luke’s Gospel also, Matthew speaks of three Magi of the East who spoke to Herod, asking, “Where is He who has been born King of the Jews? For we have seen His star in the East and have come to worship Him.” Now, the universality of the message of the Nativity is shown here even more so, when these three men who followed abominable practices such as astrology were led by this means to the worship of Christ before even the worldly ruler of the Jewish nation was.

St John Chrysostom expresses this when speaking of how Herod, “was exceedingly troubled, and the whole people was confounded on being told of these things by them.” These men with no heritage in Abraham or the religion of the Jews were drawn to the love of Christ and knowledge of his place as King of the Jews, even quoting the prophecies to Herod himself. Along with this, their symbolic gifts of Gold, Frankincense and Myrrh showing the providence of God amongst the gentiles in preparation for this great event.

We are told in the Gospels that when, “they saw the young Child with Mary His mother and fell down and worshiped Him.” This is truly an action demonstrating the universal authority of Christ and of his nativity.

The Nativity | A Universal Epoch-making Event

So, what are we to understand from this wonderous event? Before the Birth of Christ his universal authority was proclaimed by Prophets and the prophesies of those who beheld Him in the womb, teaching us that His message was one of proclaiming truth and granting light to the gentiles as well as the Jews.

Following His birth, both shepherds and magi came to his cradle to praise him, coming from both the poorest elements of the Jewish community and richest and most educate of the gentiles, called equally to worship him before even Herod was aware of this event. In this, seeing that the message “Christ is born, glorify Him,” is one for those of all nations, tribes, and socioeconomic backgrounds. The Nativity is a truly universal epoch-making event, and the coming of light to all nations under the universal authority of the one true God.

The Nativity: The Universality Of Christ