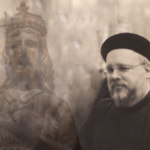 Evangelism As A Lifestyle [Epic 1]

If we look at others in the Gospels who were bearers of Good News, they were not those who had the ministry and calling of an evangelist. They were usually ordinary men and women who had been touched by Christ and wanted to share their experience. Evangelism As A Lifestyle | Fr. Peter Farrington.

If we are growing in Christ by union with the indwelling Holy Spirit, then we will discover that our life is itself becoming a means of evangelism. Evangelism should not be something we do, rather it should be an expression of who we are. Of course there are those who are gifted at explaining things in an apologetic manner. There are those who are gifted at preaching in such a way that God touches the hearts of others. The evangelist is certainly one ministry among others in the Church.

The word evangelist is used only twice in the New Testament, but the verb evangelize, or in Greek euangelízō, is used over 50 times. This seems to me to give some sense of the relative importance of the particular ministry of the evangelist and the necessary and universal ministry of sharing the Good News, which belongs to us all. In this sense of bringing glad news it is found in the prophetic books of the Old Testament when they were translated into Greek in Alexandria and formed the Septuagint version of the Scriptures.

Each of us as Orthodox Christians is to become a bearer of glad tidings, one who shares that Good News which we have already received ourselves. And this Good News, this Gospel message, is not something that belongs only to those who have had some specialist training. It is the very heart of the life in Christ which all are called to experience as salvation.

This is why I would hesitate to call this approach a lifestyle, as if there were some choice. Rather, it seems to me, it is the necessary manifestation of the life of Christ within each one of us. Evangelism As A Lifestyle | Fr. Peter Farrington.

Evangelism | The Life Of Christ

This is why I would hesitate to call this approach a lifestyle, as if there were some choice. Rather, it seems to me, it is the necessary manifestation of the life of Christ within each one of us. We should be concerned to find such a natural outworking of the life of the Spirit lacking in our daily lives, rather than choose to add it to our lives as something optional.

It is easy to be formally religious, and for others to have a high opinion of us, but we can still be lacking in true life in Christ. The Pharisee in the parable of the Pharisee and the Publican was a religious man, as were the Pharisee and the Priest in the parable of the Good Samaritan. But none of them had spiritual life. They were whitewashed tombs, wonderful and impressive on the outside, but filled with corruption.

It is possible to have responsibility in the church, to be a servant, or a deacon in the liturgy, or even a priest, or even a bishop, and to lack spiritual life. The history of the church is filled with examples for us to be warned by.

What Good News did the Pharisee and Priest bear as they hurried past the beat up Jew so that they might not be late for the service or be contaminated by touching someone who had need. This was a member of their own religious and ethnic community. But they had no Good News for him, despite being undoubtedly highly respected. Who was the bearer of Good News, who was it who brought the message of salvation to life in this parable?

It was a Samaritan. Someone who didn’t have all of the religious rites and teachings quite correct, but one who was nevertheless a bearer of spiritual life and Good News to the broken and beaten Jewish traveler.

Come, see a Man who told me all things that I ever did. Could this be the Christ? Evangelism As A Lifestyle | Fr. Peter Farrington.

If we look at others in the Gospels who were bearers of Good News, they were not those who had the ministry and calling of an evangelist. They were usually ordinary men and women who had been touched by Christ and wanted to share their experience. When our Lord spoke with the woman at the well, at some point in their conversation she experienced an encounter with God. It was on the basis of this experience that she ran back to her town and evangelized, shared the Good News which she had experienced for herself. What did she say…

Come, see a Man who told me all things that I ever did. Could this be the Christ?

We can see from this missionary message that she could only share what she had received. She does not pretend to have all the answers, as though this were an intellectual matter. She says three things. She says what has happened to her. He told me all the things I ever did. She suggests what this personal encounter might mean. Could this be the Christ? And she invites those around her to share this experience for themselves.

What is offered is not an argument. It is an experience. And it is above all an experience that the woman has received herself, and which is the basis for her proclamation of Good News.

In part two, we will examine a more seasonal example is that of the Shepherds present at the birth of our Lord Jesus.

Delivered to you by COPTICNN™ | Coptic News Network on 2020-01-01 from Liverpool, England