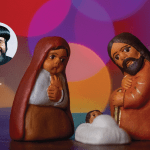 “The people who walked in darkness have seen a great light; those who dwelt in the land of the shadow of death, upon them a light has shined.” Isaiah 9: 2.

I extend my felicitations to all of you for the glorious Nativity, which we are celebrating today, pleading for God to bestow His peace over the world, to save it from the pandemic, and to bless our country with all good, peace, quietness and tranquility.

A Great Light | The Prophecies

Humankind had waited for the glorious Nativity for thousands of years; to have the prophecies made by the Old Testament prophets fulfilled, Prophet Isaiah prophesied the following: “The people who walked in darkness have seen a great light; those who dwelt in the land of the shadow of death, upon them a light has shined.” (Isaiah 9: 2).

A Great Light | Righteousness In The Earth

The astounding fact is that these prophecies were not concerned only about the birth of the Savior, rather, they have presented a number of accurate details related to the miraculous birth, like: the Savior would be born of Jacob’s offspring; especially the Tribe of Jude: “The scepter shall not depart from Judah, nor a lawgiver from between his feet, until Shiloh comes; And to Him shall be the obedience of the people.” (Genesis 49: 10), while Prophet Jeremiah prophesied saying: “Behold, the days are coming,” says the Lord, “That I will raise to David a Branch of righteousness; A King shall reign and prosper, and execute judgment and righteousness in the earth.

A Great Light | The Lord Our Righteousness

In His days Judah will be saved, and Israel will dwell safely; Now this is His name by which He will be called: The Lord our righteousness.” (Jeremiah 23: 5, 6), and that this Savior would be born in Bethlehem: “But you, Bethlehem Ephrathah, though you are little among the thousands of Judah, yet out of you shall come forth to Me the One to be Ruler in Israel, whose goings forth are from of old, from everlasting.” (Micah 5: 2), and that He would be born of a virgin: “Therefore the Lord Himself will give you a sign: Behold, the virgin shall conceive and bear a Son, and shall call His name Immanuel.” (Isaiah 7: 14), Prophet Daniel had even identified the time of Lord Christ’s birth.

“He has been manifested in a human body for this reason only, out of the love and goodness of His Father, for the salvation of us men.” A Great Light | Saint Pope Athanasius the Apostolic</strong (On the Incarnation of the Word).

A Great Light | The Creation Of Man

In his book “On the Incarnation of the Word” Saint Pope Athanasius the Apostolic takes us in a tour which has started back since the creation of man, then his fall and the corruption of his nature, and since it was inevitable for God to save His creation, the eternal Word, the only life grantor, was incarnate: “He has been manifested in a human body for this reason only, out of the love and goodness of His Father, for the salvation of us men.”

A Great Light | The Image Of God

Man is created on the image of God and according to His likeness, he is created with reason in order to live happily and have true life in the paradise, and was given the commandment to preserve himself from falling: “If they guarded the grace and retained the loveliness of their original innocence, then the life of paradise should be theirs, without sorrow, pain or care. But if they went astray and became vile, then they would come under the natural law of death and live no longer in paradise, but, dying outside of it, continue in death and in corruption…”

Man has sinned and has become under corruption and eternal death, however, God felt compassionate for the people and descended in order to aid them, Pope Athanasius the Apostolic said: “For hasting to help us was the cause of His Incarnation.

For saving us, He showed great love by appearing among us and taking human form.” Who is he then who can ever restore man to his first state of incorruption, fulfills God’s justice required from all humankind, and offers the knowledge of God at the same time, except the Word of the Eternal God Himself, He came and was Incarnate to reconcile the heavenly with the earthly; thus, Prophet Isaiah stated in his prophecy: “For unto us a Child is born, unto us a Son is given; and the government will be upon His shoulder. And His name will be called Wonderful, Counselor, Mighty God, Everlasting Father, Prince of Peace.” (Isaiah 9: 6).

Heaven shook for the birth of Lord Christ, heavenly declarations were made to refer to the miraculous birth; the angels have appeared, chanting their anthem which has been reverberating across all ages: “Glory to God in the highest, and on earth peace, goodwill toward men!” (Luke 2: 14), the wondrous star led the Magi of the east to where Lord Christ had been born, concerning this, Pope Athanasius said: “For it was He Himself Who caused the star to announce His bodily birth, and it was fitting that the Word, when He came down from heaven, should have His sign in heaven too, and fitting that the King of creation on His coming forth should be visibly recognized by all the world.”