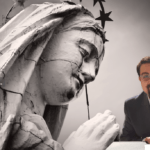 How Should Christians View The 2nd Commandment?

‘’You shall not make for yourself an idol, whether in the form of anything that is in heaven above, or that is on the earth beneath, or that is in the water under the earth’’ Exodus 20:4 | The 2nd Commandment, How Should Christians Attune it?

‘’You shall not make for yourself an idol, whether in the form of anything that is in heaven above, or that is on the earth beneath, or that is in the water under the earth’’ (Exodus 20:4)

Are images and icons violating this commandment? This commandment says, simply, that no one, or nothing, can be placed above God. Therefore, no one, or nothing, other than God may be worshipped. This idea that only God may be worshipped makes total sense, as He is truly the One to whom worship belongs (Deuteronomy 6:5; Exodus 20:1-3; Isaiah 42:8). Then what about icons? To correctly understand this commandment, its context must first be studied. One should remind himself that these commandments were given to Jews who lived among idolatry, and who themselves fell into idolatry at some point (Exodus 32), and would fall into idolatry in the future. In the Old Testament, people were quite simple, and therefore quite easy to allure. If they were allowed to make images and icons, they would get the feeling that they were no different from the Gentiles, as the Gentiles also worshiped images and objects. So the main issue lies not so much in the icons or objects, but their role in worship. Icons and object could either be an instrument in worship or being an object of worship. How do we know that there is a difference between these two categories? Let’s take a deeper look into the Bible.

The 2nd Commandment | The Bible

As these examples clearly show, the icons by themselves are not wrong. In fact, it has been a part of worship, given directly from God. Would it be plausible that icons, or certain objects, would be forbidden, and that the same God would give it to the same man? Moses, the one who received the Commandments, was the same person who was commissioned to make the Tabernacle and the Ark of the Covenant.

‘’sign thy forehead with the sign of the cross in order to defeat Satan and to glory in your Faith’’ Hippolytus of Rome, Canons of Hippolytus, Canon 29. | The 2nd Commandment – How should Christians view the 2nd commandment?

As with all topics, it is important to look at the views of the Church Fathers, in order to see if the Early Church mentioned icons, and if so, if they were used in worship.

The Early Church teaches us numerous things on how Christianity developed, and more importantly how it dealt with attacks, either internally or externally. It is important to realize that Church Fathers wrote against icons used by the Gentiles, not Christians. For example, Justin Martyr (AD 165) wrote that the mistake was made to worship icons of the dead [1].

The word dead is very important here, because by this Justin implies that icons of the living, however, are allowed. Christ is the First and the Last (Revelation 1: 8), lives forever (Hebrews 7:24) and is ‘’the same yesterday, today, and forever’’ (Hebrews 13:8).

Furthermore, we define death as the ‘’second death’’, meaning that one goes to hell. We do not believe that the ones who died are actually dead, but rather that their bodies died. Their souls are not dead, and therefore one could argue that the use of icons of the saints is also valid.

Melito of Sardis (180 AD), in one of his discourses, mentioned that some made statues from wood and offering sacrifices to them [2], which is pagan idolatry. This is something else than our Orthodox practices, we do not worship self-made wooden objects.  Tertullian of Carthage (220 AD) confirmed this, and considered that idolatry is independent of object, material or form, and that it is about the intention of the worshipper [3]. Irenaeus of Lyons (202 AD) said that followers of Gnosticism [4]  placed the icons of Christ alongside those of philosophers, thereby depriving the icon of Christ of value [5].

Clement of Alexandria (215 AD) said that it is wrong to worship materialistic matter [6],[7]. Eusebius of Caesarea (340 AD) [8] referred to ancient statues in Philippi depicting Christ and the woman who had been bleeding for 12 years [9].

Cyril Alexandria (444 AD) was a strong supporter of icons, saying ‘’even if we make images of pious men it is not so that we might adore them as gods but that when we see them we might be prompted to imitate them; and if we make images of Christ, it is so that our minds might wing aloft in yearning for Him’’ [10], and Gregory the Great (604 AD) was of the same opinion [11].

Justin Martyr also mentioned that the cross was used as a symbol [12], and Tertullian mentioned that Christians were also ‘’worshipers of the cross’’ [13], [14]. Simple crosses, along with the Greek letters chi-rho (χ-ρ) were frequently found in Christian catacombs [15]. Hippolytus of Rome (235 AD) [16] mentioned the use of the cross in worship, saying ‘’sign thy forehead with the sign of the cross in order to defeat Satan and to glory in your Faith’’ [17].

Tertullian [18] and Origen of Alexandria (253 AD) [19]  both mentioned the use of the cross during worship. Lactantius (325 AD) mentioned that the cross, and its striking, became a sign of blessing [20]. It should be noted that Tertullian later on fell in the heresy of Montanism, and started attacking the Church for her use of icons [21].

Gregory of Nyssa (394 AD) mentioned an icon of the Passion of Christ that was dear to him, saying ‘’I have seen a painted representation of this passion, and have never passed by without shedding tears, for art brings the story vividly to the eyes’’ [22], and his friend Gregory of Nazianzus (390 AD) mentioned that there were icons made of the martyrs that were martyred by the Emperor Julian the Apostate, saying ‘’the images venerated in public places still bear scars of that plague’’ [23].

Basil of Caesarea (379 AD) recaps all of the above saying ‘’the honour which is given to the icon passes over to the prototype’’, where he argued that the prototype is God, as God created man in His image [24].

Moreover, the word ‘’iconography’’ comes from the Greek ‘’eikon’’, which means an image and ‘’graphia’’ [25], which simply means writing. Icons are used for veneration, not worship. Why does the church use icons? It can be seen as an example to someone we look up to. As a novice physicist, someone can look up to Isaac Newton, Albert Einstein or Nikola Tesla.

The person has posters or books of his examples in his room, as a motivation and reminder that it is possible to achieve the goal. They have what achieves what they want to achieve. This also applies to saints; they have achieved what we struggle for, the Kingdom.

Abovementioned things are not bad, and can even be good if used correctly. Deacon Wasim Shehata | The 2nd Commandment, How Should Christians Attune it?

The 2nd Commandment | Idolatry in our times

Nowadays, idolatry is still present but in different forms. It is not in the form of pagan gods, but rather in deifying several things such as social media and the news. If someone is so obsessed with social media, and everything in one’s life is centered around social media, than that person falls into idolatry. Other forms of idolatry in our times could be the self and ego, money, attention and more.

All these things are not harmful by themselves, but become so when people get overly obsessed with them. As Paul mentioned, ‘’I know and am convinced by the Lord Jesus that there is nothing unclean of itself’’ (Romans 14:14). Therefore, abovementioned things are not bad, and can even be good if used correctly. Money, for instance, could be bad if it controls one’s life, but good if used to help those who are in need. Sadly enough, many do not realize that such obsessions are actually forms of idolatry, and what is even worse is that people think that such things are not even harmful.

Delivered to you by COPTICNN™ | Coptic News Network on 2021-01-12 from Kudelstaart. Netherland.

How Should Christians View The 2nd Commandment?

0 0 0
Previous : Tolkien, Meekness And The Christian Message Of Hope.
Next : The Pillars of Peace | Beautiful Egypt #381
Wasim Shehata