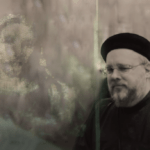 Link to Part 1 | Evangelism As A Lifestyle

Our Lord commissions him to evangelize saying, Go and Tell. What is he to tell? It is that God has acted in compassion for him, and this is in essence the Gospel message, Good News for all mankind. Lord Jesus | Evangelism As A Lifestyle

A more seasonal example is that of the Shepherds present at the birth of our Lord Jesus. The angel appears to them while they are on the hillside watching their flocks and says…

Do not be afraid, for behold, I bring you good tidings of great joy which will be to all people. For there is born to you this day in the city of David a Saviour, who is Christ the Lord. And this will be the sign to you: You will find a Babe wrapped in swaddling clothes, lying in a manger.” And suddenly there was with the angel a multitude of the heavenly host praising God and saying: “Glory to God in the highest, And on earth peace, goodwill toward men!”

This is of course in abbreviated form the whole substance of the Gospel, which is the Good News that God is filled with good will towards men and has sent a Saviour into the world. We read that the angel said that he was bringing good tidings, and in fact the Greek says, I am evangelizing you. This was an overwhelming experience for the Shepherds and in obedience to the angel they hastened to Bethlehem where they found the Lord Jesus as it had been told them. Now we see that having received Good News themselves they now share that which they have experienced. And St Luke writes…

When they had seen Him, they made widely known the saying which was told them concerning this Child. And all those who heard it marveled at those things which were told them by the shepherds. But Mary kept all these things and pondered them in her heart. Then the shepherds returned, glorifying and praising God for all the things that they had heard and seen, as it was told them.

Here we see that the Shepherds become evangelists, or rather do evangelism, not on the basis of some programme they have adopted, but as an outpouring of what they have experienced for themselves. And they did not keep it to themselves, or even their close family, but they made it widely known.

“Go home to your friends, and tell them what great things the Lord has done for you, and how He has had compassion on you.” Lord Jesus | Evangelism As A Lifestyle

We could take as another example that of the man who was possessed by many demons, all of which were cast out by the Lord Jesus. He also had an experience of the grace of God, and it is recorded in the Gospels…

He who had been demon-possessed begged Him that he might be with Him. However, Jesus did not permit him, but said to him, “Go home to your friends, and tell them what great things the Lord has done for you, and how He has had compassion on you.” And he departed and began to proclaim in Decapolis all that Jesus had done for him; and all marveled.

Who could deny his message, though it might be rejected. It was what had actually happened to him. It was not simply the account of a sick man made well, but it was itself the Gospel. Our Lord commissions him to evangelise saying, Go and Tell. What is he to tell? It is that God has acted in compassion for him, and this is in essence the Gospel message, Good News for all mankind.

“He has done all things well. He makes both the deaf to hear and the mute to speak.” Lord Jesus | Evangelism As A Lifestyle

One last example of many from the Gospels is that of the man who was deaf and could not speak properly. He was brought to Jesus by those who knew him and had sympathy for him and the Lord Jesus healed him. Then we read…

He commanded them that they should tell no one; but the more He commanded them, the more widely they proclaimed it. And they were astonished beyond measure, saying, “He has done all things well. He makes both the deaf to hear and the mute to speak.”

This is slightly different in that we see not only the one for whom a miracle has taken place being unable to keep quiet about what has happened, but those who had also witnessed the miracle in the life of one who was dear to them are also unable to be silent.

What do these examples have in common? It is that those who have experienced God working in their life in an authentic manner were unable to be silent and they proclaimed what had happened to all who would listen. These are not professional or ordained evangelists. They are not full time workers. They are ordinary people who have encountered God in his mercy and compassion and have experienced this encounter as Good News. They have become those who do evangelism, who bear Good News, naturally and as an expression of this experience.

It has become an aspect of their life without being a choice of lifestyle, because God is life, and to experience true life in God is to become those who bear and share this divine life.

In part three, we will answer a question. How then do we also become those who bear Good News naturally and as an aspect of our life?

Delivered to you by COPTICNN™ | Coptic News Network on 2020-01-01 from Liverpool, England