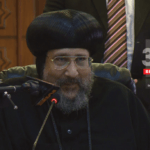 In a nutshell, introducing the concept of diversity and coexistence with the other for the sake of the peace and nation-building will not be achieved by words, but by hard and painstaking work for the advancement of societies and nations.. Bishop Ermia | Diversity … Conflicts ~ Beautiful Egypt #383

We talked in a previous article about the importance of diversity in human life as well as in building societies. We said that research has indicated that diverse groups are characterized by higher intelligence as they go beyond traditional ways of thinking, focus on gathering facts, and discuss the evidence and assumptions they have, which makes them more objective in making decisions. Without doubt, taking advantage of the diversity of societies is not easy, as it requires awareness and study of the possibilities of applying it for their benefit. Besides, we featured some important facts about diversity.

On the other hand, the causes of conflicts that lead to the disintegration of society must be avoided, including:

The inculcation of the concept of diversity needs education, with the aim of creating a tolerant organizational culture that accepts others and respects their privacy, while instilling the concept of humanity that denotes love, friendliness and compassion. I would like to quote the late leader Nelson Mandela: “No one is born hating another person because of the color of his skin, or his background, or his religion. People must learn to hate, and if they can learn to hate, they can be taught to love, for love comes more naturally to the human heart than its opposite.”

In a nutshell, introducing the concept of diversity and coexistence with the other for the sake of the peace and nation-building will not be achieved by words, but by hard and painstaking work for the advancement of societies and nations. In addition, the essence of religions that respect humanity should be highlighted through resolute measures that affirm our pursuit of peace, construction and happiness for all along the path of life.