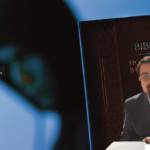 Depression In The Bible [P2]

“The abovementioned arguments and Biblical characters teach us that mental health is something which the Church is familiar with, and tries to help her flock in the battle against it.” Depression In The Bible

Depression is something that numerous people wrestle with, and is something which is common in Christian communities. However, this topic is pretty much stigmatized in Christian communities, especially in communities from the Middle East.  In the last article, Depression In The Bible [P1], we examined the several Biblical characters (Gideon and Job) that experienced periods of depression. Today we will will take a look at additional Biblical characters that experienced periods of depression.

“What hurt Jeremiah the most was not the physical suffering, but the spiritual blindness of the Israelites.” Depression In The Bible

Depression In The Bible | Jeremiah

Jeremiah the prophet is also called the weeping prophet. This is due to him shedding many tears for Jerusalem and the Israelites’ love for sin. In addition to the Israelites not answering the call from God to repent, they also abused Jeremiah.

Some things that Jeremiah suffered were;

In addition to his physical suffering, Jeremiah also suffered great mental agony. What hurt Jeremiah the most was not the physical suffering, but the spiritual blindness of the Israelites. As he (and many other prophets) was a spiritual man, he deeply cared for the salvation of all. Seeing the Israelites consciously turning away from the real God and worshipping all kinds of other fake gods did hurt Jeremiah the most. As if all this was not enough, Jeremiah also experienced loneliness (Jeremiah 15:17-18; 16:2-9).

One could imagine Jeremiah sitting on rocks, seeing how the Israelites enjoy sinning, and wondering why they do not want to repent. Jeremiah preached for quite a long time, 40 years to be exact. During this period he was quite lonely, and experienced significantly rough times. Jeremiah, during his 40 years of preaching, was being beaten, threatened, followed, persecuted, called a false prophet and more.

“The moment one starts to depend on himself is the moment he will subsequently fall.” Depression In The Bible

Depression In The Bible | Elijah

The great prophet Elijah, whose prayers were able to close the heavens from raining for 3.5 years (1 Kings 17:1; Luke 4:25; James 5:17), and who was able to expose a whole false religion with one prayer (1 Kings 18) had a period where he became depressed. Elijah was so depressed that he asked God fervently to just let him die.

How did this all start? Elijah had agreed with the prophets of Baal to take turns on praying to their Gods. This was, as it were, a battle to determine who’s god was the real God for once and for all. Elijah and the prophets of Baal would pray in the presence of the people, ‘’and the God who answers by fire, He is God’’ (1 Kings 18:24). When the God of Elijah answered with fire and ‘’when all the people saw it, they fell on their faces; and they said, “The Lord, He is God! The Lord, He is God!” (1 Kings 18:39).

The corrupt King Ahab went to Princess Jezebel and ‘‘when Ahab told Jezebel all that Elijah had done, also how he had executed all the prophets with the sword. Then Jezebel sent a messenger to Elijah, saying, “So let the gods do to me, and more also, if I do not make your life as the life of one of them by tomorrow about this time’’ (1 Kings 19:1-2). Elijah then fled into the desert and even became so depressed that he told God that “It is enough! Now, Lord, take my life’’ (1 Kings 19:4).

Eventually, Elijah took a nap, and an angel had to bring him food when he woke up and as he was so depressed an angel had to bring him food. Elijah was brought food twice by an angel, and thereafter he restored and went on with his mission (1 Kings 19:5-7). Elijah, the great prophet, who couldn’t be intimidated by anything or anyone, eventually became depressed. Upon hearing this story, the natural reaction would be; if his prayers were able to close heaven and make it rain fire, then how could a threat from the princess upset him that much?

The beauty of this story is that if Elijah didn’t became depressed, others could have been told ‘’if you just had faith as strong as Elijah’s, you wouldn’t have became depressed’’. This story, among many others, introduces the idea that it doesn’t matter who we are or what we are, and what it all comes down on our dependence on God. The moment one starts to depend on himself is the moment he will subsequently fall.

Hannah responded to Eli’s accusation with a beautiful answer; saying that she is sorrowful and instead of pouring alcohol she poured her heart to God.” Depression In The Bible

Depression In The Bible | Hanna

Hannah, the mother of Samuel the prophet, was distressed because she couldn’t conceive a child. Her husband had another woman, named Peninnah, who in turn was able to conceive children. It hurt Hannah a lot that Peninnah could conceive children, but she couldn’t. Peninnah used this against her, and ‘’provoked her severely, to make her miserable, because the Lord had closed her womb’’ (1 Samuel 1:6).

In addition, her husband asked Hannah ‘’why do you weep? Why do you not eat? And why is your heart grieved? Am I not better to you than ten sons?’’ (1 Samuel 1:8), but Hannah did not respond and ‘’arose after they had finished eating and drinking’’ (1 Samuel 1:9). So, after being provoked by both Peninnah and her husband, Hannah went to the doorpost of the tabernacle and sat there crying. Eli the priest found Hannah ‘’in bitterness of soul, and prayed to the Lord and wept in anguish’’ (1 Samuel 1:9-10).

Due to her agony, Hannah ‘’now Hannah spoke in her heart; only her lips moved, but her voice was not heard. Therefore Eli thought she was drunk’’ (1 Samuel 1:13). After Eli condemned Hannah for her ‘’drinking problem’’, she responded saying ‘’no, my lord, I am a woman of sorrowful spirit. I have drunk neither wine nor intoxicating drink, but have poured out my soul before the Lord. “Do not consider your maidservant a wicked woman, for out of the abundance of my complaint and grief I have spoken until now’’ (1 Samuel 1:15-16).

Consider one being in that much agony that he’s seen as a drunkard, that the agony is that intense that one’s behavior is doubted and labeled as drunken behavior. Hannah responded to Eli’s accusation with a beautiful answer; saying that she is sorrowful and instead of pouring alcohol she poured her heart to God. After realizing that she was a normal person, and not a drunkard, Eli the priest blessed her (1 Samuel 1:17). God listened to her tears and granted her a son, who became the great prophet Samuel.

“’My grace is sufficient for you, for power is made perfect in weakness.” [2 Corinthians 12:8-10] | Depression In The Bible

Depression In The Bible | Conclusion

After having examined several Biblical characters that actually experienced depression, it is hard to think that depression and mental health in general are a result of not having a close enough relationship with God. This claim is also denounced by Paul, who prayed thrice to God for healing. God told Paul that ‘’My grace is sufficient for you, for power is made perfect in weakness’’ (2 Corinthians 12:8-10).

This shows that illnesses, whether mental or physical, are not the result of not having a relationship with God, as Paul did have a strong relationship with God. In addition, many great Church Fathers wrote on the ‘’noonday demon’’, i.e. depression and despondency, which shows how the Church has been familiar with this subject from the early centuries. Church Fathers such as Clement of Alexandria (215 AD), Gregory of Nyssa (394 AD), John Cassius (435 AD) and John Climacus (649 AD) wrote on mental health issues.

However, it should be noted that psychological techniques were not (yet) developed, and that is why Church Fathers did not really mention psychological and professional help.

The abovementioned arguments and Biblical characters, therefore, teach us that mental health is something which the Church is familiar with, and tries to help her flock in the battle against it.

Delivered to you by COPTICNN™ | Coptic News Network on 2021-01-28 from Kudelstaart. Netherland.

Depression in the Bible [P2]

0 0 0
Previous : Diversity … Conflicts | Beautiful Egypt #383
Next : Because His Hour Was Not Yet Come
Wasim Shehata