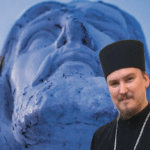 Because His Hour Was Not Yet Come

“my hour has not come” is a part of a wider series of statements emphasizing the complete control of the will of God over all aspects of his mission, and the universal authority he holds over events.” Christ‘s response | Because His Hour Was Not Yet Come.

However, one of these sets of phrases which always stands out to me is found in the Gospel of John, amongst various events. These are the ‘his hour’ statements, which accompany events and actions to express these being often incomplete or swerving from the will of those present for the express reason that is not in line with the will of God at that time, or in demonstrating that something is per His will.

By exploring some example of these events in the context of their accompanying patristic commentaries we can get a glimpse of what these tell us about the importance of recognizing God’s authority over all things and applying this practically into our own lives.

The first appearance of this is during the wedding at Cana, when St Mary asks her Son to assist in providing wine for the wedding after they run out, to which our Lord responds with the words, “Woman, what does your concern have to do with Me? My hour has not yet come.” (John 2:4) Though this line can seem a harsh response (one discussed elsewhere), the emphasis here is on the final part of the statement.

Christ’s response that, “my hour has not yet come” is a part of a wider series of statements emphasizing the complete control of the will of God over all aspects of his mission, and the universal authority he holds over events.

St John Chrysostom discusses this instance in his 22nd commentary on the Gospel, discussing how, He desires to show this; that He works all things at their convenient season, not doing all at once.” Similarly St Augustine emphasizes the same point in his 8th Tractate on the Gospel of John, saying that the line does not speak of Christ as subject to time with regards to when to reveal his power, “rather because, having it in His power when to die, He did not yet see it fit to use that power.”

From both of these we see one important message regarding the mission of Christ, that the signs and wonders at his hands are all done as per his will alone, and not simply a matter of circumstance. In this manner we can read that each action and revelation of the Gospels happens only when and how it is willed by God alone.

A second instance of this in the Gospel of John is found in chapter 7, when Christ visits Galilee and is later met by a mob trying to kill him. According to the text, “Therefore they sought to take Him; but no one laid a hand on Him, because His hour had not yet come.” (John 7:30). This instance is recognized as being once more an example of the complete authority of God over the situation, though interestingly this time one which directly impacts the acts of others.

St Cyril of Jerusalem notes this in his 5th commentary on John’s Gospel, stating, “they are repressed by a God-befitting operation, which putteth a bridle upon their unholy deeds, and permitteth their designs to stretch forth but to attempts.” St Cyril also credits St John for his prudence in recognizing this by saying, “profitably did the most wise Evangelist put forward the reason of their being unable to carry through their proposed design to its fulfilment.”

“You know neither Me nor My Father. If you had known Me, you would have known My Father also,” [John 8:19] | Because His Hour Was Not Yet Come.

This instance serves as a reminder that the fulfilment of Christ’s mission is only found at the Cross, and therefore no one will prevent this or lead to it happening earlier than willed. Because of this, we have no need to pit blame for this on any but ourselves and our own sins, for God willed it to happen when and only when he desired.

We see a similar example of the use of this expression in Chapter 8, where Christ is at the temple preaching. As with the Chapter before, Christ is preaching and revealing his identity and is apprehended. In this case he tells the crowd in the temple that, “You know neither Me nor My Father. If you had known Me, you would have known My Father also,” (John 8:19) enraging the crowd to the point at which they go to apprehend him.

However, as with the last, it is to be remembered that no man can lay his hands on the Lord without it being part of the Will of God and so, “no one laid hands on Him, for His hour had not yet come.” (John 8:20). For any Christian believer it is important to be reminded of the significance of this, since it puts the crucifixion and the Passion of Christ in perspective as not accidental or circumstantial but part of the pre-ordained plan of God.

In this we are reminded that the activities of the world and their preordination is beyond our understanding, in the same manner as the death of Christ. And so we are not to go beyond our means in trying to understand such matters for they are as per the Will of God and his alone. St John Chrysostom discusses this same incident in his 53rd Homily on John, reminding us that, “it was not yet the fitting time at which He would be crucified. So that even then the deed done was not of their power.”

Again the emphasis being that to alter the will of God was beyond the power of those who sought his death.

A similar sentiment is found in Chapter 10, in which Christ states, “No one takes it from Me, but I lay it down of Myself. I have power to lay it down, and I have power to take it again. This command I have received from My Father.” (John 10:18) Here we see the revelation of the meaning of the previous examples, with Christ explicitly stating that there is no need to fear in such instances as the power over his death was in God’s hands alone.

This message of recognition of death without fear of it is found throughout the Gospels and in the lives of the Saints. We find that in the works of many Saints we are told to live as though we are living I the final moments of our life and therefore cast off all sins and seek repentance. In his work on the life of St Anthony, St Athanasius teaches that if Saintly then, “as though under the daily expectation of death, we shall be without wealth, and shall forgive all things to all men, nor shall we retain at all the desire of women or of any other foul pleasure.”

“Father, the hour has come. Glorify Your Son, that Your Son also may glorify You.” [John 8:19] | Because His Hour Was Not Yet Come.

This casting off of sin and embracing God’s will therefore makes for an important spiritual practice in preparation and recognition of God’s authority over all life and death.

A final instance of the ‘my hour’ statement is found moments before the arrest of Christ in Gethsemane. In the first verse of John 17 we are told that, “Jesus spoke these words, lifted up His eyes to heaven, and said: “Father, the hour has come. Glorify Your Son, that Your Son also may glorify You.” During this part of the Gospels we see it revealed multiple times that the hour has come, whether it be the hour where He will stop speaking in riddles, or the Hour of his glory.

Again this emphasizes the fact that it is an ordained time, and a demonstration of the willingness to take up the cross for the sins of mankind. As well as this, it is a revelation of the glory that is to come through the Cross, as St John Chrysostom notes in his commentary how, “For before the Crucifixion, not even the Jews knew Him; “Israel, it says, has not known Me” (Isaiah 1:3); but after the Crucifixion, all the world ran to Him”. This demonstrates once more the first example, that Christ’s glory will only be revealed at the hour chosen.

In the same manner we are also called by God to take up our crosses and follow him, whether to glorify him or to live in love of our neighbors and should always recognize that this is to happen as per the will of God and not the time which we choose.

Overall, the ‘his hour’ and ‘my hour’ statements are a firm reminder of the authority of God over time and circumstance throughout the earthly ministry of our Lord. They bring awe of those around at the recognition of the preordained and unfailing nature of all aspects of this ministry as well as a message to us to embrace the revelation of the authority of God in our own lives. When facing troubles and dealing with an unforeseen circumstance we should always take to heart that it is always God’s will that preserves us and by his hand that we are moved.

Because His Hour Was Not Yet Come

0 0 0
Previous : Depression In The Bible [P2]
Next : To Be Truly Human
Deacon Daniel Malyon