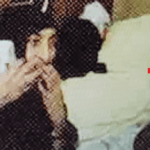 “Mother Mariam never left the convent because she did not desire to ever return back to the world or the streets; for she truly lived as one dead to the world.” Mother Mariam Departure | Book “Life Of Prayer And Praise”

“She will exalt him above his neighbors, and will open his mouth in the midst of the assembly.” (Sirach 15:5)

Mother Mariam spent the majority of her time reading the Holy Bible, studying the lives of the Saints and applying what she read.

Mother Mariam Departure | Reverence for the Mystery of the Eucharist:

Mother Mariam greatly revered the mystery of the Eucharist and personally prepared for it in long prayers and said, ‘Communion is not “bread-food”. The last time she partook of the body and blood of our Lord Jesus Christ was two days before her departure where she insisted on standing with reverence saying, ‘I have sinned, absolve me father.’ When she partook of the Communion she greatly rejoiced and said, ‘May our Lord never forbid anyone from partaking of Communion.’

Mother Mariam lived a life of preparation before she entered the monastic life. She always placed before herself the Judgement Day and last hour in the presence of God and repeated, ‘May our Lord make us ready in that hour.’

The divine liturgies of the Great Fast (Lent) had a special place in Mother Mariam’s heart. On the last year before she was completely bedridden in her cell; she was keen on attending the liturgy and daily partook of Communion despite her old age.

Mother Mariam Departure | Her Reverence for the Priesthood:

“Let the elders who rule well be counted worthy of double honor, especially those who labor in the word and doctrine.” (1 Timothy 5:17)

During the last visit of H.H. Pope Shenouda III to our convent in the year 2007; Mother Mariam greeted him and, in all humility made a full prostration to the ground before him. H.H. was greatly impacted by her behaviour and in her old age (she was 85 years old at the time). ‘Pope Shenouda is the high priest of God’ she constantly repeated while she petitioned God to establish him on his throne and preserve his life for the Church.

She loved the confessor priest very much and greatly revered him saying, ‘Anyone but the priest confessor; we must receive his blessings.’

Mother Mariam greatly revered the priesthood even if the priest before her was the age of one of her grandchildren. When they asked for her prayers, she would prostrate to the ground, kissing their hand saying, ‘Sorry reverend Father. Your reverence is a priest of the great God, better you don’t receive my bad prayers,’ and while still standing saying, ‘Father is still standing, impossible; you must have a seat!’

“I will never forget the following scenario which deeply impacted my life. On the last visit of the departed H.G. Bishop Mina St. Mina to the convent; after he exited [the church] having prayed the divine liturgy, Mother Mariam waited for him at the convent’s courtyard. She performed a full prostration to the ground before him, and at the time she was close to eighty years of age. Impacted by this, H.G. held her hand and said, ‘Do you see this… she is the blessing.’ – a convent worker.

Mother Mariam enjoyed a life of stillness and inner peace, casting all her concerns on our Lord Jesus Christ to whom be the glory. She lived an inner life rich with the presence of our Lord in her heart, and consequently acquired a life of joy.

As the human being ages, he often experiences sadness and hardship, others depression or boredom as a consequence of their immobilization and inability to perform certain tasks. However, Mother Mariam had a strong sense of self, so she did not feel this. She gained day to day wisdom from her inner relationship with the Bridegroom of her soul, our Lord Jesus Christ. She consistently thought and acted with strength, joy and peace, and continued in this manner until the time of her departure despite her inability to go down to the convent’s courtyard.

Here we will mention a simple scenario which points to the strength of Mother Mariam’s personality; satisfied by our Lord and her heart which was full of peace and joy, unshaken by any sort of situation:

During the period of Fr. Farag’s service in the convent, masses of people surrounded him to take his blessings and ask for his prayers, especially students and those with problems. He asked Mother Mariam to leave him the room located at the entrance of the convent so he could meet there with the visitors who came to receive a blessing. When asked, she immediately stopped what she was doing and accepted the situation in simplicity, peace and stillness, and without saying a word or complaining.

She continued to meet with the poor under the staircase which led to the entrance to the nuns’ cells.  Nothing took her away from her true goal which was the building up of a heavenly home through her almsgiving.

“When Christ who is our life appears, then you also will appear with Him in glory.” (Colossians 3:4)

When this fruit fully matured and was ready for picking, Mother Mariam began to announce the nearing of an eternal and joyous trip. She would reveal this to us three months before her departure through different expressions and sayings, ‘Finally, I am to depart soon’.

Dr. Maryam mentioned to us how Mother Mariam asked her to visit her at the convent this past July, however, she [Dr. Maryam] insisted on postponing the visit until July 23 for St. George’s Feast. Mother Mariam refused saying, ‘It gets crowded during the Feast of St. George and I won’t be able to sit with you. We don’t know what will happen in the near future, but time is in God’s hands.’ Through divine providence our Lord permitted Dr. Maryam to visit Mother Mariam on July 16, 2008, where she stayed with her the entire day and experienced a joyous time.

She enjoyed a one-on-one session with Mother Mariam which she took as a great blessing and would also become her last visit.

On Friday, August 29, 2008, Mother Mariam exhausted; collapsed on the floor and suddenly vomited blood. By divine providence she did not have to leave to go to the hospital because her inner desire was to never leave the convent whatever the situation may have been. Also, on this day she revealed to us that she would no longer be able be capable of standing on her two feet. By August 30, 2008, she was bedridden on her bed with her hands lifted upwards in a posture of prayer and calling for our Lady the Virgin.

With her hands placed on top of her chest, she clung to her personal ancient icon of the Virgin Mary which she brought back from Jerusalem and which was also a source of consolation for her heart. Then she placed the icon on the side of the bed and said, ‘This is it.’ Mother Mariam felt complete peace and was strong and unafraid. At times it seemed as if she was reproaching certain persons and subsequently seeing them leave her.

The nuns surrounded her as she welcomed them and began to pray for them through many righteous petitions until the early dawn of Sunday at 6 o’clock in the morning. She began to call the name of our Lord Jesus Christ and gave up the spirit in the hands of our Lord in all peace and stillness.

Strangely enough, Mother Mariam loved Sundays and was keen on its observance. She used to quote a saying describing how our Fathers the Saints gather together with St. Mary as their head in praises before the throne of God throughout the night of Sunday. God permitted this for her and fulfilled the desire of her heart. He willed for her to join the communion of the saints and chanters and was counted among the Wise Virgins on Sunday morning.

Her pure body was transferred to the Church in preparation for the attendance of the divine liturgy and psalmody. H.G. Bishop Yostos, bishop and abbot of the Monastery of St. Antony, H.G. Bishop Silwanus, General bishop of the Churches in Old Cairo, along with Hegumen of Paromeos Monastery, confessor of the convent; were all praying over her with a number of other priests. May we be surrounded by the blessings of her prayers.

Unto our Lord be glory, forever and ever, Amen.

Translated by Michael Daoud. Delivered to you by COPTICNN™ | Coptic News Network on 2021-02-11 from Toronto. Canada

CHAPTER 5: The Departure of Nun Mariam “Illness and Departure” [Part 4] ~ Life of Prayer and Praise