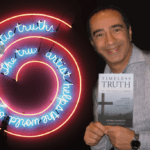 What Is Truth And Can It Be Relative?

“We are not blind. Evidence for the truth of ideas, statements and facts exists.” What Is Truth And Can It Be Relative? | George Bassilios

Truth, it is said, is determined not by hard facts or science, but by a person’s point of view. This holds true especially where ethics and morality are concerned. Before we discussion this assertion, we must first understand the definition of truth and whether or not it exists.

According to the correspondence theory of truth[1], truth is a statement that matches reality, so unless reality does not exist, truth must exist.

Can Relativism Be True?

“In short, there is no way to avoid moral absolutes without affirming a moral absolute. Total moral relativism becomes self-refuting.” What Is Truth And Can It Be Relative? | George Bassilios

Consider the scale in your bathroom. What if this scale changes every day? How will you be able to determine your weight on any given day? For you to know your weight, the scale must be invariable and constant. Measurement is impossible without absolutes.[2]

Even moral relativists make such statements as, “The world is getting better (or worse).” But it is not possible to know if it is getting “better” unless we know what is “worst” or “best.” Less than perfect is only measurable against a “perfect.” Hence, all objective moral judgments imply an absolute moral standard by which they can be measured. Moral absolutes are unavoidable.

In short, there is no way to avoid moral absolutes without affirming a moral absolute. Total moral relativism becomes self-refuting.

The Blind Men and the Elephant

The story is told about several blind men who come upon an elephant. One touches the trunk and thinks it is a snake. The next feels the leg and deems it to be a tree. The third feels the side and says it is a wall. The point of the story is of course that we are all searching for truth, and that we all have part of it but not all of it, etc. But… They were all wrong.

More importantly, we know they were wrong! The story would mean nothing if we were not aware of the truth. Without truth it is impossible to be wrong.

The story is self-defeating. In trying to prove relative truth, it has instead proven absolute truth.

We are not blind. Evidence for the truth of ideas, statements and facts exists.

We do not require absolute knowledge of absolute truth to assert that it exists.

Although we may be wrong about what the truth is, we must agree that it does exist.

Even if some have a difficult time discerning how we know truth, we do know that it can be known.

The real question that remains is not whether truth exists or not, it is whether we are genuinely seeking it or not?

Delivered to you by COPTICNN™ | Coptic News Network on 2021-02-22 from California, United States of America

What Is Truth And Can It Be Relative? ~ www.timelesstruth.org

0 0 0
Previous : Coping With Loneliness | “My Soul, Wait Silently For God Alone”
Next : Attitude | Guide Me In The Right Path [P6]
George Bassilios