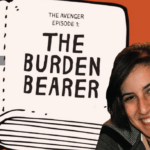 The Very Best | The Avenger

“I want to be the very best, Like no one ever was.” Pokemon Theme Song | The Avenger

The famous opening lines to the Pokemon theme song. There is so much around us that compels us to be better. To be the fastest. To be the strongest. To be the smartest. Anything less than that just wouldn’t be good enough.

But what if I’m not enough? What if I can’t be the best? I watched Pokemon every morning when I was younger (much younger) but I don’t remember Ash ever actually being the best. I saw him fail and get up again, time and time again, but whether or not he actually got there, I wouldn’t be able to tell you. To be the best, you have to take the setbacks, and learn to change your game plan.

Our God came to the world, incarnated in a manger and made His entry into Jerusalem on a donkey. The ultimate game changer.

“Assuredly, I say to you, among those born of women there has not risen one greater than John the Baptist; but he who is least in the kingdom of heaven is greater than he” [Matthew 11:11] The Very Best | The Avenger

Could we really question the Jews for their surprise when the Greatest makes His entrance so lowly? If we were to think like a Pharisee, the greatest Pharisee would know the Law inside out, would keep every commandment, would pray every day without fail, would have authority, would be known to be great by all.

But who was the greatest? “Assuredly, I say to you, among those born of women there has not risen one greater than John the Baptist; but he who is least in the kingdom of heaven is greater than he” (Matthew 11:11).

Imagine being in a race and being the clear contender to win then out of nowhere, a complete no name comes and wins the race that you knew was yours. That was John the Baptist. The ultimate game changer. The one that decreased, so that God may increase. The one that knew that no matter how hard he tried on his own, it would never amount to the greatness of God’s majesty in his life.

“I can be a capeless hero too, for I have the Greatest Treasure and Strength by my side.” The Avenger: Stories of Capeless Heroes | The Very Best

If you want to be the greatest on earth, you don’t imitate those that you see on the earth, but those in heaven. He secluded himself from the world, ate minimally, dressed minimally, without any thought given to the world and its standards. He pursued humility and honesty above all else, and this made him the greatest in the eyes of God.

John the Baptist preached repentance, to only those that had sin. If the Pharisees led the people to believe that they were like God then they obviously had no sin, so were not in need of saving for they had saved themselves. Their game plan was ruined, of course they had sin. But It is the humble that Christ can rescue.

To run the race, we must first know who the Prize is. If God is the aim, then repentance is the means, and not the arrogance that stems from the world.

The Avenger: Stories of Capeless Heroes

If I want to be a hero, I must decrease, so He may increase. The Avenger: Stories of Capeless Heroes. I can be a capeless hero too, for I have the Greatest Treasure and Strength by my side.

The Very Best | The Avenger [Episode 1]

The Burden Bearer, watch as Kirollos Nessief along with the illustrations of Stephen Sutiono take us on the journey of a young boy that finds refuge in his dad after trying so hard on his own. Despite his resistance, his dad never fails to come to his rescue when he needs him the most, an analogy for God in our own lives, waiting for our return when we have strayed and struggled our own.


Bringing the Word of God from a timeless faith into your hearts and minds anytime, anywhere. Upper Room Media is a ministry of the Coptic Orthodox Church that brings to you rich and fresh spiritual resources including Sermons, Music, Videos, Blogs and much more!

The Very Best | The Avenger

0 0 0
Previous : Imitate The Publican | The Saints Serve As Models For Our Lives
Next : Double Standard | Beautiful Egypt #387
Shery Abdelmalak

Shery Abdelmalak grew up in Sydney, Australia. Her formal training was at La Trobe University, where she completed a B. Oral Health Science. During her studies, she also completed a Diploma of Theology at St Cyril's Coptic Orthodox Theological College, where she graduated as the Vice Chancellor's Scholar.

This instigated her search to find greater meaning and depth within the Orthodox faith. The link between theology and one's spiritual struggle is what she is most passionate about. Shery is also a blog writer and editor for Upper Room Media, where her love of practical theology becomes most evident.