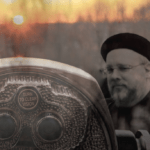 Good News or Not? The Wrong Views [P1]

“Sin is not a thing. It does not exist as any sort of substance, but it is the wrong use of the human will choosing other than God.” Good News or Not? | The Wrong Views.

Almost every day I am in contact with some dear soul who is distressed because life is not turning out as they want or expect, and at the root of their confusion is usually a false view of the Orthodox Gospel.

There are three wrong views which I will describe, and then I will explain what the Orthodox Faith actually teaches.

God is angry and hates those he has created. There are those who make contact with me who are finding it very hard to participate in the Liturgy or to develop a fruitful spirituality. This is often because they have been taught that God is distant from us and looks down with anger and rage at those who commit any sin, and waits to send them to Hell as soon as possible.

Those who have adopted this view usually believe that when Jesus Christ was nailed on the cross, God the Father poured out all his anger and hatred onto him, and we are able to escape this punishment only if we believe in Jesus in some way, and adopt a Christian way of life. It is suggested that since God is infinite and has been offended by our sin, then he has been infinitely offended and must infinitely punish that offence. This is not an Orthodox teaching at all.

It is a late Roman Catholic belief which has crept into some Orthodox communities. Who would want to grow close to a God who was filled with hatred and anger, and who poured out his hatred on his own Son? A God who will punish in Hell for eternity those who do not submit to him? This is not the Christian God I find in the writings of the Fathers of the Church as they explain the Orthodox Gospel of new life in Christ.

God is a divine accountant. This false view is also widespread and causes great spiritual harm to those who hold it. It makes our spiritual life like a series of business transactions. We have to do more good things than bad things, and the we will possibly go to Heaven when we die. This undermines our spiritual life because we don’t have to have any real relationship with God, we just have to do enough things to please him. This might include reading prayers, and attending services.

It means that we avoid things that we think God doesn’t like. In such a view sin becomes a black mark we need to overcome by gaining some credit with God. We are essentially able to save ourselves. We even come to imagine that having a belief that God exists is a credit on our account, even if we have no experience of participating in his divine life. How can such a view lead to a fruitful spiritual life? How is it possible to have love or respect for a God who counts up all of our good actions and balances them with our bad actions?

We might fear him, and his judgement against us, but it is hard to love the God described by such a false view. It seems to me that such a view leads to people thinking that they are good enough to go to Heaven and that they are good Christians just because of outward behaviour. It can even lead to us believing that we must be OK because we belong to a particular ethnicity, and have been baptised as an infant.

Adopting a certain culture, or outwardly embracing a certain morality is not the same as Christianity. Such a God, busy adding and subtracting our behaviour is not the Christian God and not the God whom the Fathers of the Church describe.

God is a divine Father Christmas. And this last view, also wrong, is very common in my experience. Many people send me messages, Orthodox Christians, and they complain that God has not given them what they want. And rather like children sitting on Father Christmas’ knee they insist that they have been good and do not know why they did not get all the things they had asked for. But God is not Father Christmas, and he is not a divine Vending Machine.

We cannot make some vague efforts to do what we think might please him, in the expectation that he will satisfy all our worldly desires. Indeed this is essentially a pagan way of thinking about God. Perhaps we don’t sacrifice a chicken, but we might think that if we sit through a liturgy or read a bit of the Agpeya for a week, then God should make sure we get what we have asked for. And what we ask for is not usually spiritual growth, but is a long list of material and worldly things.

What do people often say to me? Why has God abandoned me? Why am I without – a job, a boyfriend, a girlfriend, money, high grades at school etc etc. The one who knows God does not ask for these things, but if a person has been taught to think of God in this way then it is not surprising that their spiritual life is fruitless. Such a God, giving us what we want in return for some religious behaviour, is not the Christian God either.

The Views | The Orthodox Gospel

What would I want each of those who contact me in distress and confusion to realize? What would I want them to understand as the authentic Orthodox Gospel? The word Gospel means Good News. The Orthodox Christian Faith is Good News for mankind. These false views about God are bad news, and the people who message me holding onto them are usually not feeling good about the sort of false Christianity they have been taught to follow.

What is this Good News? God is love!

The Holy and Consubstantial Trinity is love, eternal and divine love. In this love the whole of the cosmos was called into being by God. When he saw what he had created he said that it was good. And the greatest of his creations was mankind, Adam and Eve. He created us to bear his image, to express something of his own divine character in the world, and he filled us with his divine life, breathing the Holy Spirit into mankind.

What was his purpose in this? It was to be able to share the divine love with those he had called into existence, and to allow those whom he had made to participate in the divine life of the Holy Trinity by the grace of the indwelling Holy Spirit.

Of course we know that Adam and Eve were set just one test, which would enable them to express their loving desire for union with God, who had made them for this blessed existence. But they chose to satisfy self, and in disobedience turned their will against God, against life and love, and embraced darkness and non-being. Sin is not a thing. It does not exist as any sort of substance, but it is the wrong use of the human will choosing other than God.

The consequence of their sin was that they experienced the withdrawal of the Holy Spirit from them, because the Holy Spirit cannot dwell in the heart that has turned to sin, and they were also left to experience their own mortality, because everything which is created is mortal, subject to dissolution, unless sustained in immortality by God, who alone is immortal by nature.

In Part 2, we will discuss God’s response to the sin of Adam and Eve, and dwell on the life which the authentic Orthodox Gospel invites us to embrace.

Delivered to you by COPTICNN™ | Coptic News Network on 2020-03-01 from Liverpool, England

Good News or Not? The Wrong Views [Part 1]

0 0 0
Previous : Many Have Contemplated Suicide
Next : Contemplation On The Lord’s Prayer [P2]
Fr. Peter Farrington