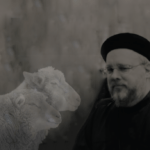 The Lost Sheep of Orthodoxy [Part 1]

“The Coptic Orthodox Church, which estimates that as many as 75% of those who are associated with the Church by family background are lost to the Church as they grow older.” The Lost Sheep of Orthodoxy | Part 1.

I started reading a book today by an Eastern Orthodox bishop in the USA. He noted that more people who identified themselves as Orthodox never attended Church and did not associate themselves with any parish than those who did attend, however infrequently. Of course there are many who no longer even identify themselves as Orthodox, and some of those still considering themselves to be members of a local parish may well not be very active in their membership or spirituality.

This is not mentioned to be critical in any way. But it does seem to me to describe a similar situation to that being experienced by our Coptic Orthodox Church, which estimates that as many as 75% of those who are associated with the Church by family background are lost to the Church as they grow older.

“These are some of the issues that I am considering myself as being significant, and as demanding a response from me as a priest and spiritual father.” The Lost Sheep of Orthodoxy | Father Peter Farrington

It is a matter of great sadness to me to find people who have been Orthodox, or members of Orthodox families, leaving the Church, and becoming members of non-Orthodox groups, or even abandoning any claim to faith in Christ at all and becoming agnostic or atheist. What is the cause? Why are so many finding that the congregations and communities they belong to are not helping them to become more fruitfully spiritual, but are, to be honest sometimes even places of harm, hurt and distress?

The internet and my own experience brings me into contact with Orthodox people who are considering leaving the Church, are struggling with their participation in the Church, or have already made a decision to walk away.

There is no need for me to address my comments here to anyone but myself. If there are lessons which should be learned then surely I am the one who must learn them first of all. So to be clear, I am not addressing any particular situation or congregation, and I am only reflecting myself on the responsibility I have as a priest and pastor for those in my care, those with whom I am in contact, and those who turn to me for support.

What are some of the reasons that are causing so many to leave the Church? And 75% is surely a disturbingly high percentage of any community to be lost, and it is essentially an unsustainable level of loss. These are some of the issues that I am considering myself as being significant, and as demanding a response from me as a priest and spiritual father.

“We cannot be and become Christians while relying only on the faith of our parents.” The Lost Sheep of Orthodoxy | Father Peter Farrington

None of us can be born into the Church. We cannot be and become Christians while relying only on the faith of our parents. Certainly this is how the Christian experience properly begins for most Orthodox. They receive new life in Christ as a gift in baptism, and the outpouring of the Holy Spirit in their chrismation.

But if Protestantism is in error in suggesting that having offered a short prayer we are always in a saving relationship with God, then those from an Orthodox background can be equally in error if they assume or insist that having been baptised and chrismated nothing more is required of us than occasional religious activity.  On the contrary, each of us must be converted every day, making a determined choice to serve God in faith. But many of those who leave the Church have not been taught that they should be entering more fully and completely into such a personal relationship with God.

They have not been taught that a personal and continuing conversion, a turning round each day and developing our spiritual experience is the essence of the Orthodox way, and not something only for the most advanced. If someone has not been converted and not been shown that our Christian Faith is to be a personal relationship with God, then it is very understandable that the Orthodox spiritual life becomes unbearable, and appears to be only a matter of rules and regulations.

“Some of those who leave the Church have been taught a false religion.” The Lost Sheep of Orthodoxy | Father Peter Farrington

Indeed, some of those who leave the Church have been taught a false religion. This can be, on the one hand, because they have learned only to adopt a set of moral rules and behaviour. But the Orthodox Faith is not a morality, it is life in Christ by the Holy Spirit. Others have been taught, wittingly or unwittingly, that God is angry with us, and sent His Son into the world to punish him and pour out His anger and hatred on Him.

Yet others come to understand that our relationship with God is a matter of bargains and religious transactions, where we offer certain religious practices and God will give us what we want. No wonder people are leaving the Church if these are what they understand of Orthodox Christianity.

These are false religions, they are essentially expressions of paganism. If we believe that the Christian life is only a matter of behaviour, or if we believe that God is angry with us and will send most people to Hell, or if we even believe that we can engage in commercial transactions with God, then we will be unfailing disappointed. These are not forms of Christianity. If someone has been taught such a form of religion it is not surprising to me that they might abandon it, In doing so they are not abandoning Orthodox Christianity at all but a false representation of it which deserves to be rejected.

“But the Orthodox Faith is not morality; it is life in Christ by the Holy Spirit.” The Lost Sheep of Orthodoxy | Father Peter Farrington

Of course one of the reasons why it is possible to pick up wrong ideas about the Orthodox Faith is that we can present it in an incomprehensible language. This can mean that the language of worship is not understood by those who attend services in the Church. When this occurs we are, to a great extent, excluded from participation in what is happening. How can we be nourished if we do not understand. But more than this, there is also the case that the culture in which our Faith is described is not always understood.

When we have no answer to questions about why we do things in this way or that way, and even worse, when we treat such questions as being forbidden or offensive, then we are failing to communicate. Indeed we are communicating a message that the Faith is not to be understood at all, and that what matters is really only external conformity. There should be no questions which cannot be asked, and as far as possible we should have reasonable and compelling answers.

If we forbid questions then it is not surprising to me that any will be repelled by such demands and will seek an apparent freedom of questions elsewhere.

“Others understand that our relationship with God is a matter of bargains and religious transactions, where we offer certain religious practices and God will give us what we want.” The Lost Sheep of Orthodoxy | Father Peter Farrington

The Lost Sheep of Orthodoxy | Ways of the world

Of course there are many questions which our presence as Orthodox Christians in the West will generate. Not only about the culture and practices of our Christian community, but questions about science, politics, social developments and a host of other aspects of modern life. The Church should have reasonable and helpful answers to these questions. But unfortunately it seems to some that we are either unable to provide substantial responses, or that those who ask these questions are blamed for raising them.

I am not afraid of questions. It seems to me that they always help those with pastoral care to gain an understanding of those things that are troubling members of the Church. If there is a genuine question, about evolution, or homosexuality, or  abortion, or any such subject, then we must answer as honestly as the question is asked. If we do not answer, or cannot answer, or will not answer, then it seems understandable to me that those with already fragile faith will find that their commitment to life in the Church will be undermined even further.

And the discussion to be continued on Part 2, “Jack of all Trades, Bear with one another, Keep the tradition… ” . May He grant us such grace, such compassion, that we are not content to lose such precious souls but will do all that we can in the will of God to preserve them in peace and in the unity of the Church.

Delivered to you by COPTICNN™ | Coptic News Network on 2020-03-08 from Liverpool, England

The Lost Sheep of Orthodoxy [Part 1]

0 0 0
Previous : The Banishment of Hell
Next : The Pope And the President
Fr. Peter Farrington