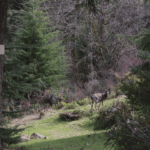 “We must be sensitive to other people, regardless of differences” Ending Judgement And Cruelty | The Morning Offering.

We humans are an odd species. We are capable of great sensitivity and compassion, yet can also be capable of much cruelty. The outpouring of aid and support received by Japanese citizens, following the terrible earthquake and tsunami that caused untold suffering, and great loss of life, was an example of human hearts being opened wide. The international organizations that bring children born with deformities, to Western countries for treatment, demonstrates the capacity for charity that resides within the human spirit.

Yet we are also capable of terrible cruelty. Staring at people with facial deformities, or who may have peculiar, physically malformed bodies, may satisfy our innate curiosity, but the cruelty inflicted upon the sufferer is great. As a child I learned the importance of being sensitive to other people’s differences, for I was raised in a family that had a number of relatives with inherited deformities.

“I learned to never judge another by their appearance, but rather to always look into their hearts.” Ending Judgement And Cruelty | The Morning Offering.

My maternal grandmother had a goiter, caused by the enlargement of the thyroid gland. The goiter on her neck, just below her chin, was rather large (she was afraid to have it surgically removed), and I can remember people staring at her whenever she took me to town for a movie, or for lunch.

A second cousin was a dwarf, standing about as tall as myself, when I was in the third grade. Our extended family included a great aunt who had a facial deformity that caused one side of her face to sag, leaving her mouth drooping to one side. I had a great uncle who suffered from an enlarged head, which was about twice the size that would be considered normal. I had an uncle who was a black man, and this in 1950’s Spokane, Washington, in a city with a very small black population, and in an age when interracial marriages were rare.

All of these people were wonderful, loving individuals, and I learned to never judge another by their appearance, but rather to always look into their hearts. Even when in grade school, a time when so many children can be cruel, I always befriended classmates who were rejected by other children. One little girl came from a Gypsy family, and had pierced ears, at a time when even adult American women rarely had them. While other children made fun of her, I remember comforting her while on the playground, when she broke down crying. We had a classmate who transferred from another school in the middle of the year, who had a deformed leg, and he became my friend.

I was not an exceptional child, but just a little boy who was blessed to grow up in a family with wonderful, loving relatives who were, in a few cases, different. All my relatives demonstrated the importance of accepting others just as God had created them. As all children, I watched the adults in our extended family, and learned the importance of charity, love, and acceptance.

“It taught me the important truth that people are just people, regardless of how they look.” Ending Judgement And Cruelty | The Morning Offering.

Racism is a learned behavior, and having Uncle Wally in my family was an early lesson in learning to look beyond skin color. My Great Auntie Grace, whom I adored, and whose kisses I readily received, taught me the important truth that people are just people, regardless of how they look.

I remember a classmate in graduate school who shared the pain he felt, growing up in a wheelchair, when people would act as though he were invisible, and refuse to look at him when he was out in public. From that lesson, I always engage such people, with eye contact, and a smile. These are lessons I always shared with my students, when teaching high school, for I learned that young people are open, if only someone is willing to demonstrate to them the importance of cultivating a sympathetic, and loving heart.

With love in Christ,
Abbot Tryphon

About The Brotherhood of the All-Merciful Saviour Monastery

We depend on the generosity of our friends and benefactors. You can donate to the monastery through PayPal, or by sending donations directly to the monastery’s mailing address:

Another small way to contribute to the monastery if one already purchases items through the amazon.com website is to use the smile.amazon.com link associated with our monastery. Purchases will accrue a small percentage that will eventually be given to the monastery in time. For more information, please go our website page here: https://vashonmonks.com/using-amazon-smile

Delivered to you by COPTICNN™ | Coptic News Network on 2020-03-16 from Washington, United States

Abbot Tryphon of the All-Merciful Saviour Orthodox Monastery on Vashon Island in Washington State. The Monastery belong to the Russian Orthodox Church Outside of Russia which is known as ROCOR and today is an Independent Entity of the Orthodox Patriarchate of Moscow.