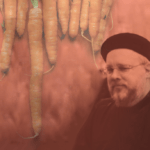 You Must Be Born Again! Huldrych Zwingli [Part 1]

“When we are asked, as Orthodox Christians, have you been born again? we can surely answer, yes indeed, and by the grace of God I am working out this new life I have received as a gift in the waters of baptism” You Must Be Born Again! Huldrych Zwingli [Part 1]

Our Lord Jesus famously spoke about the new birth when he addressed Nicodemus, one of the Pharisees, who had come to Jesus in the night. In John 3:3-7 he says…

“Most assuredly, I say to you, unless one is born again, he cannot see the kingdom of God.” Nicodemus said to Him, “How can a man be born when he is old? Can he enter a second time into his mother’s womb and be born?”

We must be born again to see the kingdom of God, and we must be born of water and the Spirit to enter the kingdom of God. We have to be born of the Spirit. This is to do no more than repeat what the Lord Jesus says. The problem comes when we give our opinion of what the Lord Jesus means. Whenever a person tells us that they believe the Bible, what they actually mean, because this is inescapable, is that they believe their own interpretation, or the interpretation of someone else.

No one can doubt that we must be born again. But what this means is explained in different ways. The question then becomes how we decide whose explanation is correct. It is not possible to insist that anyone accepts a particular view. Nevertheless it does seem reasonable to consider where these different views have come from, and how authoritative they are likely to be.

When someone asks us if we have been born again they almost always mean it in the sense adopted by Evangelical and Pentecostal Protestants. The American preacher, D. L. Moody (born 1837, died 1899), visited the UK and was as famous as Billy Graham. He expressed this Evangelical Protestant view of being born again. In one of his sermons he says…

Except you are born of the Spirit you cannot enter into the Kingdom of Heaven. What has a sacrament to do with that? What has baptism to do with being born again?

It is interesting to see such a clear statement of Moody’s view, because it is one which is held by many Evangelical Protestants. He tells us that baptism and the sacraments have nothing to do with being born again, but what does he understand by phrase? He says…

All that men have to do now is just to accept the work of Christ… If you turn now and call upon him, he will forgive you your sins. He will forgive every one all his sins, no matter how many they are. He will save you, if you truly repent, and write your name in the Book of Life. But you must call upon him with the heart…

Is there one here to-night who will not cry out, “God be merciful to me, a sinner”? “ Lord, have mercy upon me”? Why not call upon him? Why not seek the Lord now? Why not make up your mind that you will not leave the room until the great question of eternity is settled?

D.L. Moody had a low view of the Church and the sacraments. He did not believe they had anything to do with being born again. He was entitled to his opinion, and there is no need to be judgemental in respect of his own faith in Christ. But we can reflect on his teaching and ask if it is true, and if it has authority. He believed and preached the message of many Evangelical Protestants, which is that to be born again means simply asking the Lord Jesus to save us and to have mercy upon us and to forgive us our sins.

Who can doubt that this is a necessary aspect of finding faith in Christ. There is no need to dismiss this attitude of repentance and hope. But this is only one view, that we are born again simply and completely by turning to God in this way. We can ask where this idea might have come from, and if we studied the history of doctrines we would discover that it originated with one of the early Protestant leaders of the 16th century, Huldrych Zwingli.

He was one the most important of Protestant reformers together with Luther and Calvin. It was Zwingli who introduced for the first time in Christian history the idea that all that was needed for salvation was faith. He said…

This is quite remarkable. Zwingli is perfectly happy to admit that every teacher in the Church from the earliest centuries has been in clear agreement that the waters of baptism are effective, that is they do something, and yet he considers that he can ignore that universal testimony about baptism and treat his own opinions as having ultimate authority. It was his view that baptism was not necessary for salvation, or to be born again, but that it was a useful visual aid for simple and uneducated people.

In this he is the ultimate origin of the views which Moody preached in the 19th century. Before Zwingli none had considered that baptism was not a sacrament and did not effect those gifts which were promised by the action of the Holy Spirit in faith. Zwingli admits this. In the 16th century he was introducing an entirely new and previously unheard of doctrine that disagreed with every previous Christian teacher, and also disagreed with the views of Luther.

They are wrong, therefore, by the whole width of heaven, who think that sacraments have any cleansing power.

Water baptism cannot contribute in any way to the washing away of sin.

Now since Zwingli did not believe that baptism made any real difference to a person’s life it is not surprising that he should consider it an optional extra, especially suited to those simple folk who needed something practical to illustrate what had happened only by faith. He says…

If someone is so strong that his assurance and certainty are independent of time, place, person and such like then he has no need for sprinkling with water.

So as far as Zwingli was concerned, though he admitted freely he was rejecting the teaching of every Christian writer, baptism was not necessary for salvation because it effected nothing and was useful only for simple people as a token of what happened in their heart by faith and not by any sacrament.

To be continued next with “The Anabaptists Case“.

Delivered to you by COPTICNN™ | Coptic News Network on 2020-04-05 from Liverpool, England

You must be born again! Huldrych Zwingli [Part 1]

0 0 0
Previous : The Limits of Human Reason
Next : The Holy Virgin
Fr. Peter Farrington