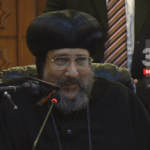 Father For All | Beautiful Egypt #393

“Pope Kyrillos was a father for all, spending hours meeting his children, that he hardly cared for eating or having rest to receive his visitors.” Father for All | Beautiful Egypt #393

The last article tackled the care provided by Saint Pope Kyrillos VI to his congregation and how did he serve with an honest heart and abundant love that was obvious to all. He opened his door for every person, arming himself with prayer in solving problems and satisfying needs; thus, his papacy was a bright phase in the history of Egypt and the Coptic Orthodox Church.

Father For All | His Children

Pope Kyrillos was a father for all, spending hours meeting his children, that he hardly cared for eating or having rest to receive his visitors. Reportedly, the reposed Anba Athanasius, Metropolitan of Beni Suef then, once went to visit Pope Kyrillos at 2:30 P.M to find His Holiness still receiving those who saw him after the Mass.

At the same time, he had not eaten his breakfast yet! The father bishop insisted on accompanying the Pope to his cell to eat and rest. A few hours later, the father patriarch had returned to sit among his congregation and children for other hours, praying for and blessing them, listening to their complaints and needs!

Father For All | His Disciple

His Holiness used to ask about the sick priests, bishops, and people, whether by visiting or calling, his disciple, Archpriest Rafael Ava Mina, says: “During his early papacy, he visited the Coptic Hospital in Cairo and Alexandria, visiting first the third-class patients, which greatly impacted hearts.”

His Holiness’ love has been extended to all, that he even loved those who offended him; he prayed and offered love to them, accepting those who return repenting with a forgiving wide heart of a father who restored his son. One magazine used to attack His Holiness through articles for a long time, yet it was shut down one day; however, His Holiness mediated for all who worked there to be compensated with jobs in other newspapers.

Father For All | His Era And Saint Virgin Mary’s Apparitions

In light of such sacrificing service, overwhelming love, and a life of constant prayer, heaven bore witness to the Pope’s Holiness. His era was honored by the heavenly apparitions of the Saint Lady Virgin on her church’s domes in Al-Zaitoun in 1968, which we celebrated on the second of last April.

At half-past eight in the evening of Tuesday 2/4/1968, one of the Public Transport Authority Garage guards, as he was approaching the church, saw a girl walking over its dome; he and his companions started shouting, thinking that she wanted to commit suicide!

“Saint Pope Kyrillos VI issued a papal statement regarding the Lady Virgin’s apparitions, which was broadcast on Saturday 4/5/1968 in an international press conference. It was read by the reposed Anba Athanasius in Arabic then in English.” Father for All | Beautiful Egypt #393

Passers-by gathered called the police, who came, but everyone noticed that the girl’s facial features had become more apparent and brighter. She began to walk quietly over the dome of the church, holding in her hand what resembled an olive branch, then a swarm of white pigeons appeared, and a circle of light around her. Some thought this apparition was light or visual illusion.

Great blessings accompanied the Saint Virgin Mary’s apparitions as many people of different nationalities and religions were cured of their incurable diseases.

“Blessed is Egypt, My people.” Father For All | Beautiful Egypt #393

Saint Pope Kyrillos VI issued a papal statement regarding the Lady Virgin’s apparitions, which was broadcast on Saturday 4/5/1968 in an international press conference, and it was read by the reposed Anba Athanasius in Arabic then in English. It stated:

“… The papal residence decides with complete faith, great joy, and contrite thanks before the divine glory to Issuing this statement. That Saint Virgin Mary, the Mother of Light, has kept appearing in clear and constant forms, along various nights, for varying periods, some of which lasted for two continuous hours!

It started from Tuesday evening 4/2/1968, corresponding to the twenty-fourth of Baramhat 1684 A.M., until now. At the “Virgin Mary Coptic Orthodox Church” located in Tuman Bai Street in Al-Zaytoun district, Al-Matareya Road in Cairo. It is the path historically proven to be sought by the Holy Family during its flight in Egypt.

May God makes this blessing a symbol of peace for the world, a blessing for our dear homeland, and for our blessed people, who were previously blessed by the divine revelation: “Blessed is Egypt, My people.“

0 0 0
Previous : The Caregiver And Our Weaknesses
Next : War: When Our Prayer Becomes Dry
Bishop Anba Ermia