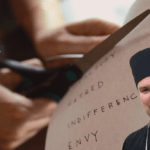 Overcoming The Struggles Of Impatience, Hopelessness, And Envy.

“My Father has been working until now, and I have been working.” [John 5:17] Overcoming The Struggles Of Impatience, Hopelessness, And Envy. | By Deacon Daniel Malyon.

On the fifth Sunday of Lent, we read the healing of the paralysed man, a man who has been waiting for thirty-eight years for God to heal his maladies. In this narrative he is healed by the coming of Christ, not through Christ’s command for his illness to go but the command that he take up his bed and return to normality. This sparks a reaction from the Jewish onlookers who then conspire to kill Jesus for his disobedience to their stringent reading of the law.

This narrative is a wonderful demonstration of the struggles we may experience in our own spiritual lives, whether it be the wait for God’s will for us to be revealed in any manner, or our falls into legalism when we see others succeed. Regardless, the message is clear that in Christ and his example is our path to salvation and our revelation of the patience we should hold in our struggles.

As we look at the various messages we can draw from this text, we will see how the narratives presents us with responses to the struggle of patience in our situation, hope in struggles, and expectations in others.

“An angel went down at a certain time into the pool and stirred up the water; then whoever stepped in first, after the stirring of the water, was made well of whatever disease he had.” [John 5:3-4] Overcoming The Struggles Of Impatience, Hopelessness, And Envy. | By Deacon Daniel Malyon.

When the narrative begins, we are told of the pool of Bethesda, which is surrounded by people with various ailments waiting to be healed because, “an angel went down at a certain time into the pool and stirred up the water; then whoever stepped in first, after the stirring of the water, was made well of whatever disease he had.” (John 5:3-4). Amongst these is a man who had been paralysed for around thirty-eight years and has never been able to reach the water first.

In this we are already seeing the human tragedy of the situation, with many seeking to be cleansed and yet unable due to their various ailments preventing them. In a similar way we see a reflection of our own human tragedy, in which we seek to be healed from the ailments of sin and freed from our struggle and yet often lack the means. In this manner we become the paralysed man, lying by the pool and yet unable to become what we wish to be.

“I have no man to put me into the pool when the water is stirred up; but while I am coming, another steps down before me.” [John 5:7] Overcoming The Struggles Of Impatience, Hopelessness, And Envy. | By Deacon Daniel Malyon.

Interestingly, instead of answering in the affirmative, the man says, “I have no man to put me into the pool when the water is stirred up; but while I am coming, another steps down before me.” (John 5:7). Like so many of us, he immediately responds to the possibility of a solution by expressing his lack of hope or by speaking negatively on the situation.

This challenge of hopelessness in our struggles is a common theme of the writings of the Fathers, who remind us that patience and hope are vital and important weapons in the fight against the lesser habits in our lives. St Basil writes on this in his sermons on Social Justice that, “it is equally difficult to keep the soul upright and undefeated in the midst of afflictions, as to keep oneself from insolence and pride in prosperity.”

Though we often preach about humility, hope is equally challenging in times of trial as we see with the paralysed man. It is in such times that we must stop and hear the words that Christ is speaking to us, and in doing so also recognise that he is always working in the world and so we are to prepare ourselves for the coming of the end of such struggles and be prepared to embrace the Will of God for us.

“immediately the man was made well, took up his bed, and walked.” [John 5:10] Overcoming The Struggles Of Impatience, Hopelessness, And Envy. | By Deacon Daniel Malyon.

As with any situation during his earthly ministry, Christ uses this to demonstrate the authority he holds and the love of God, telling the man to simply, “Rise, take up your bed and walk.” (John 5:9) As with his previous comment to the man, it is not a prophetic comment but one on the recognition of God’s will. St Cyril comments on this during his commentaries on John’s Gospel, stating that he does not pray for healing of the man but, “as the Lord of Powers He commands with authority that it be so.”

In this we see the solution to the problem being a simple act of the Will of God. The man’s patience in his situation is therefore kept for a larger purpose, and he is now called to rejoice. And he does so immediately, as we are told, “immediately the man was made well, took up his bed, and walked.” (John 5:10) Like the man we are also called not to question when or in what manner we will be healed of sin or affliction but to know that it is coming and celebrate it.

Overcoming The Struggles | The Sabbath

However, the third of the struggles we see in the text is not one from the man but the onlooking Jews. Upon seeing that Christ has performed this miracle they do not glorify God for his intervention on the matter but scorn him as a lawbreaker.

In this narrative we are told that the Jews firstly turn on the man who was cured, saying, ““It is the Sabbath; it is not lawful for you to carry your bed.” (John 5:10) and then we are told they, “persecuted Jesus, and sought to kill Him, because He had done these things on the Sabbath.” (John 5:16). In this we see the worst of humanity in those who do not celebrate the economy of salvation and leniency that may be given to those who struggle but show hatred and jealousy in such matters.

Overcoming The Struggles | The Opportunity

This third struggle is the struggle of habitual legalism when we see others who are given the opportunity to have their burdens lessened through God’s love or that of the Church through oikonomia (dispensation of expectations in religious life). It is something we struggle with when we carry a burden and yet see others having this lessened for their salvation and is a development through our pride and envy.

We can only imagine how those around the pool waiting for the angel felt when they saw the man healed by Christ’s intervention, and yet in our own lives we commit this often when equity is established to allow for others to succeed. Though we may see this as unfair, we are called to heed Christ’s words in response to the Jews. “My Father has been working until now, and I have been working.” (John 5:17.)

God is working in the world both through Christ and the angel, therefore when we struggle, we are called to be patient and praise God in all his works instead of becoming angry when they do not align with our personal goals.

Therefore as we continue in our own struggles we must always call out minds to the words of Christ, “My Father has been working until now, and I have been working.” When we are impatient or hopeless we are to remember that he is always in the world, and when we suffer envy we must remember that he is with everyone. If we keep this to mind we will learn to glorify God in all situations and prayer for the salvation of all his people.

Overcoming The Struggles Of Impatience, Hopelessness, And Envy.


Deacon Daniel is a consecrated deacon of the Coptic Diocese of London, serving at the St Paul's Ministry and St Mary & Pope Kyrillos VI Church. He also works as a philosophy teacher and chaplain at a secondary school in East London.