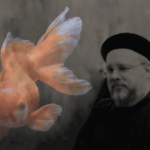 You Must Be Born Again! The Anabaptists [Part 2]

In part 1, we discussed “You Must Be Born Again!” and the case of Huldrych Zwingli, and today, we will delve more into the Anabaptists’ views about baptism.

“The Anabaptists separated the reception of new life from the practice of baptism so that baptism was only a witness to others of what had already taken place apart from baptism.” You Must Be Born Again! The Anabaptists [Part 2]

the Anabaptists were also propagating entirely new views about baptism. Hubmaier, in The Sum of a Christian Life, 1525, points out that baptism occurs after a man “has inwardly and in faith surrendered himself to the new life.” “In doing so, he indicates to the Christian Church, that is to all the sisters and brothers who live in the faith in Christ, that he has been so taught inwardly in the Word of Christ and that he is so minded, that he has already surrendered himself according to the Word, will, and rule of Christ to live henceforth for him”.

The Anabaptists | The Rejection

This is again clearly a rejection of the ancient and universal view of baptism as a sacrament. The Anabaptists separated the reception of new life from the practice of baptism so that baptism was only a witness to others of what had already taken place apart from baptism. It is a means of showing that you wish to belong to a certain group and is absolutely not the means by which new life is received.

This understanding of what it means to be born again, that it is only a matter of inward faith, and that baptism, and the other sacraments, and the church, have little or nothing to do with being born again, is from the 16th century, and had never been taught before. This was the recent teaching which Moody preached, and it is the teaching of most Evangelical Protestant groups. It is hundreds of years old, certainly, but is has no connection with the earliest Church.

Of course even this beginning of faith is necessary, and of course all those who have a faith in Christ in this way are seeking after him. This seeking after God and seeking with repentance for new life in Christ is a first step, and is honoured by God. But this is not the only view which we can have about being born again.

To say that this view is incomplete, or even incorrect, is not to say that those who hold it or teach it are without faith in Christ, or without a real experience of God. But if Moody is allowed to say that everyone who believes that baptism and the Church have nothing to do with being born again, then it seems reasonable to allow those who do to at least suggest that Moody might be wrong.

The Anabaptists | The Weakness

The weakness in this view is that it is modern. It was not known in the history of the Church. Zwingli stated this plainly, and accepted he was disagreeing with all the teachers of the Church through the ages.

The Orthodox Church, and indeed the Catholic Churches, and Anglo-Catholics in the Church of England, more than 2/3 of all Christians today, believe that it is necessary for a person to be baptised in water, in the name of the Holy Trinity, and anointed with the Holy Chrism, to be able to become a member of the Church, the Body of Christ and to experience the new birth.

St Cyril of Jerusalem, who lived in the 4th century, produced a series of lectures for those about to be baptised, and those who had just been baptised, in which he describes the Orthodox Faith. He says of baptism…

Christ was actually crucified, and actually buried, and truly rose again; and all these things He has freely bestowed upon us, that we, sharing His sufferings by imitation, might gain salvation in reality.

O surpassing loving-kindness! Christ received nails in His undefiled hands and feet, and suffered anguish; while on me without pain or toil by the fellowship of His suffering He freely bestows salvation… Baptism purges our sins, and ministers to us the gift of the Holy Ghost, so also it is the counterpart of the sufferings of Christ.

We could turn to any of an almost countless number of Fathers of our Orthodox Church who teach the same, as do our right-believing bishops of this present age. Baptism is truly the new birth to life in Christ, the forgiveness of sins, and the gift of the Holy Spirit.

We can consider the writings of St Justin Martyr, a leading figure of the second century Church who was born in about 100 AD and was martyred in Rome in 165 AD. In his First Apology, a document he sent to the Emperor Antoninus Pius and the Roman Senate to explain the character of the early Christian community in the face of imperial persecution, he says something about the earliest and Apostolic teachings on baptism. It is worth reading what he says in full. He writes…

As many as are persuaded and believe that what we teach and say is true, and undertake to be able to live accordingly, are instructed to pray and to entreat God with fasting, for the remission of their sins that are past, we praying and fasting with them. Then they are brought by us where there is water, and are regenerated in the same manner in which we were ourselves born again.

For, in the name of God, the Father and Lord of the universe, and of our Saviour Jesus Christ, and of the Holy Spirit, they then receive the washing with water. For Christ also said, Except ye be born again, ye shall not enter into the kingdom of heaven…

And for this rite we have learned from the apostles this reason. … in order that we may not remain the children of necessity and of ignorance, but may become the children of choice and knowledge, and may obtain in the water the remission of sins formerly committed, there is pronounced over him who chooses to be born again, and has repented of his sins, the name of God the Father and Lord of the universe… And this washing is called illumination, because they who learn these things are illuminated in their understandings.

And in the name of Jesus Christ, who was crucified under Pontius Pilate, and in the name of the Holy Ghost, who through the prophets foretold all things about Jesus, he who is illuminated is washed.

What do we find that St Justin Martyr, reporting the Apostolic teaching, tells us about baptism? He says that baptism is for the remission of sins and is the means by which we are born again. This is to be expected since in the Scriptures this is explicitly taught by St Peter when he says to the crowd who have gathered to hear him preach and who ask him, “What must we do?”…

Then Peter said unto them, Repent, and be baptized every one of you in the name of Jesus Christ for the remission of sins, and ye shall receive the gift of the Holy Ghost. Acts 2:38

The Anabaptists | The Remission

We have learned from the Apostles…that we may obtain in the water the remission of sins. Elsewhere St Justin Martyr writes…

This circumcision is the cutting off of the old nature and represents the new man, the man who is born again.

To be continued next with the Letter of “St Ignatius of Antioch to the Trallians.”

Delivered to you by COPTICNN™ | Coptic News Network on 2020-04-12 from Liverpool, England

You Must Be Born Again! The Anabaptists [Part 2]