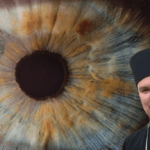 God’s Glory | His Creation And Our obedience.

“who sinned, this man or his parents, that he was born blind?” [John 9:2] God’s Glory is expressed through his creation and our obedience. | By Deacon Daniel Malyon.

On the sixth Sunday of lent we hear of the blind man beside the pool of Siloam. This is the third Sunday in succession in which the Gospel reading has had an association with water, a reminder that Christ is the water of life and that God works in his creation. However this healing also expresses God’s glory through his creation in another way, which we will look at here.

The Gospel reading begins with the disciples seeing a blind man and asking Jesus, “who sinned, this man or his parents, that he was born blind?” (John 9:2) In traditional thought at the time someone’s ailment is a response to their sin or that of their family, something they also inferred from Christ’s teaching to the paralysed man, “See, you have been made well.

Sin no more, lest a worse thing come upon you.”(John 5:14). Therefore it comes as a shock to the apostles when Jesus tells them. ““Neither this man nor his parents sinned, but that the works of God should be revealed in him.” (John 9:3).

It is from this that we understand this healing miracle to be one of emphasising the creative nature of God in the Son, something mentioned from the start of John’s Gospel itself.

The healing of the blind man begins with Christ spitting in the dust and creating mud to put on the man’s eye.

This relationship between dust and mankind is one which comes from the creation narrative, when we are told, “And the Lord God formed man of the dust of the ground and breathed into his nostrils the breath of life; and man became a living being.” (Genesis 2:7) and so our physical beings are always related to the temporal and earthly ground, reminding us of the fleeting time in which we are here.

As well as this, Christ commands the man to wash in the pool of Siloam, (meaning Sent) a reminder that the anointing of God is an obedience we are all called through though Baptism. In this wat we see simple symbols when reading the text in a simple way.

God’s Glory | The Glory Of God

Though this would be an easy enough explanation of the symbolism used, St John Chrysostom takes this text further to emphasise the visibility of the event and obedience of the blind man, stating in his 57th Homily on John that the spitting and mud and call to the pool are not in themselves acts of healing but simply exist to express God’s glory through the miracle itself.

He says of these acts that, “it was probable that they would all see him as he departed, having the clay spread upon his eyes, since by the strangeness of the thing he would attract to himself all, both those who did and those who did not know him, and they would observe him exactly.”

Therefore, the symbolism of the action was done so to express its meaning and to show the glory of God though the witness of this event, since it was made visible by this action.

“I must work the works of Him who sent Me while it is day; the night is coming when no one can work,” [John 9:4] God’s Glory | By Deacon Daniel Malyon.

In this way, Christ has shown the people the glory of God through the act completed and through the manner it is done. He has used the ailment of this man and its impact on his life in a manner which goes against its nature, making it become an act of creation and healing as opposed to an act of lacking and suffering.

He has also endured this is a public event, telling his disciples, “I must work the works of Him who sent Me while it is day; the night is coming when no one can work,” (John 9:4) ensuring that the glory of God is witnessed by those around, even those who already sought the death of Christ and persecution of his followers.

Similarly, the obedience of the blind man is a vital point in the text, and again one which St John Chrysostom speaks of at length in his commentary.

He notes that though presented many a opportunity question the acts of Christ, “he entertained no such thoughts, he held himself prepared for one thing only, to obey in all things Him who gave the command. (Homily 36 on St John),” choosing to obey God and be part of this witness of his glory.

It is clear that the man does not comprehend what happened leading to this miracle, since he tells the Jews afterwards that, “He put clay on my eyes, and I washed, and I see.” (John 9:15) He did not give some profound theological interpretation but instead gave account of Christ’s action, his obedience, and the result.

Even his parents, when asked, state, “by what means he now sees we do not know, or who opened his eyes we do not know.” (John 9:21) and yet his obedience to God based on this recognition of his glory and action in the world is clear that when threatened for revealing this he simply states, “Why, this is a marvellous thing, that you do not know where He is from; yet He has opened my eyes!” (John 9:30)

God’s Glory | The Obedience Of The Blind Man

In this way, the obedience of the blind man, despite the admitting of his ignorance is testament to the glory of God. Without ay expectation on his part he was healed from a lifelong affliction in a manner he could not explain and yet he was willing to defend the godliness of the event before those who saw themselves as his better.

In doing this, those around saw the ignorance of the pharisees and the divinity of Christ through his act of creation and healing. As we continue through the great lent, I pray that we all take time to stop and witness the glory of God through his actions in our own lives and remember to put our love of God first in all things for, like the blind man, we are all subject to wonderous miracles without knowing and called to glorify God before others.

God’s Glory is expressed through his creation and our obedience.